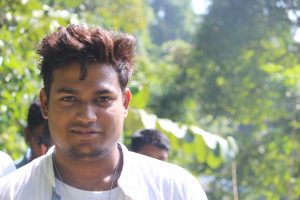 There is no denying that herbs have unique properties and since ancient times many hear are being used for multiple things.

From being a necessary ingredient in our food to revolutionizing the medical world, herbs have done them all.

Today herbs are used in the medical industry for a wide range of use and even made its way towards being an essential part of the modern medical world as well.

With helping us growing stronger physically many herbs can also help in mental development and increase memory power.

What are the reasons behind low mental health?

Stress can be a major reason for depleting mental health. When a person is stressed they tend to overthink or generate negative thoughts.

Stress can make it difficult for a person to focus and when continued for a longer duration can also lead to a decrease in memory power.

Like any of your organ brain also needs to function properly. If the blood flow fluctuates even by a small fraction, it can cause multiple health issues.

From Migraine to reduction is learning ability, all are dependent upon the blood flow received by your brain.

People often don’t realize what impact negative thinking can have on your health. During the depression, a person has multiple negative thoughts and even has low moral.

These things are often avoided or neglected by a person until it reaches a critical stage.

Behavioral disorders like Bipolar, eating disorder or OCD are all mental health issues a person faces which causes multiple behavioral changes in them.

They either adapt to a certain behavior or habit which soon becomes a part of their natural behavior.

The reason these behaviors are considered bad for a person is because of the impact it causes on a person.

They are at risk or harming themselves in a way that causes both mental and physical stress to them.

How a person develops these disorders can’t be stated with confirmed reasoning but a certain experience or a certain incident can act as a trigger for such in many cases. 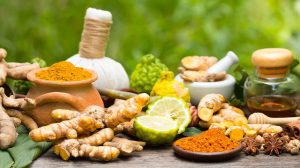 It is derived from a very commonly found flower Madagascar periwinkle. The flower is used to control many diseases such as dubieties, sore throat and in few cases even cancer.

Vinpocetine is a herb derived from the flower 20 years back in Hungary and has proved to have advantages over mental health and memory growth.

Madagascar periwinkle is one of the commonly consumed in may delicacies and Vinpocetine is also easily available but the doses for the same are to be consulted by a dietician before consumption.

For centuries Brahmi has been an essential part of Ayurved and is being used for its multiple advantages.

It is also commonly known as Bacopa monnieri, water hyssop, thyme-leaved gratiola and herb of grace.

This herb has proved to be a gift for the human brain. From treating stress and anxiety, it has also proved to be a great help in improving mental health and memory boost.

In another study, it has also shown proven results in improving the information processing power of the brain.

Due to its key properties, it is also an entail part of anti-anxiety and stress relieving medicine.

A climber plant with fruits as small as a coffee bean has its origin from Amazon Basin.

It is also known as Paullinia cupana.

It has been used by tribal communities of Amazon for multiple medicinal purposes as its rich in antioxidants and a variety of stimulants in it.

The Caffeine present in the herb can help in the reduction of fatigue making a person more active in their day to day life.

Studies have also shown that it can help in boosting memory power and helps the brain to learn better.

Caffeine available in the herb can also help in increasing focus.

It is one of the most commonly available herbs and is a vital part of Indian cuisine.

Turmeric has made its identity as an antiseptic herb and is believed to have many healing powers.

But there is more to this herb than just healing, it is also rich in antioxidants and has inflammatory effects, which are both beneficial for the mental health of a person.

Its healing properties can also protect help and its health by inhibiting the breakdown of its nerve cells.

As it’s a key ingredient in Indian cuisine and also used in many curry-based dishes, its consumption is mostly done along with other herbs like cumin and coriander, making the meal overall beneficial for health.

Burning sage is often done for detoxification of a place and is considered to have a calming effect as well.

Sage is also a staple herb in many cuisines and belongs to the mint family by origin. When added in the meal it gives a strong aroma to it and adds earth texture.

T is consumed in the form of fresh leaves, dried and crushed like oregano and even used in oil form while cooking.

It helps a person’s mental health as it has a high level of antioxidants and also helps in breaking down of chemical messenger acetylcholine (ACH), which helps in boosting memory power.

With herbs, it is to be understood that each herb when they have a certain effect they can cause side effects as well.

Moderating and managing the mode of consumption of herbs is required.

If consumed in its natural form the made of consumption should be monitored as not all herbs can be consumed directly in its raw natural form.

If you are going for supplements of such herbs or any herb-based medication then it is always advised to consult a doctor or a silenced dietician.

Though these herbs are natural they have multiple properties, some herbs which might work for one person can cause side effects in another.

Understand the nature of the herb, consult a doctor and understand the need of your body before adding any herb into your diet to make sure maximum benefits can be achieved.

Vivek Roy is an enthusiastic Yoga and Ayurvedic blogger from India. He regularly writes for a Luxury Ayurveda Beauty Store blog. He loves to share the knowledge of yoga and Ayurveda around the world. For more information about him visit his website Zoem Skin Essentials.