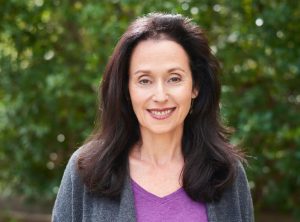 Matthew: Tell us about your father and what makes his story as a Holocaust survivor so unique and compelling.

Myra: My father, Mendek Rubin, grew up Hassidic in a small town in Poland between the two World Wars. He was brilliant, curious, and imaginative, but because of undiagnosed dyslexia, he flunked out of public school in the sixth grade and performed terribly in Hebrew school. His father, who assumed that his son was either stupid or just not trying, punished him harshly for his failures.

Mendek invented things from a very young age, including a universal key that could open any lock when he was only seven. It was this very resourcefulness that enabled him to survive three horrific years in Nazi slave labor concentration camps as a teenager.

Part of what is unique about my father’s story is how he pondered philosophical questions about the nature of human beings and the meaning of life from a young age. He wrote this, about observing German soldiers towards the end of the war, when he was still an abused prisoner:

“Some were my age, with kind and sensitive eyes. It actually seemed possible that they could be nice. Perhaps, in another situation, we could have been friends. As I examined them, I stopped seeing them as monsters, and wondered why that was the case. As my fear and hatred began to lighten, I felt guilty. I thought I was betraying my people. This, in turn, made me feel sad and lonely, but I didn’t know why.

“Even though I had witnessed unspeakable brutality, something in me did not want to believe that it was true. There was a part of me that found it too painful to accept the cruelty and savagery of the human race.

“How could these men in front of me—even those who seemed kind—kill so easily?

Perhaps, I mused, I am no different than these German soldiers. Perhaps we are all the same. Would I behave like them if I were in their shoes? These are questions I still ask myself.”

Matthew: You call Quest for Eternal Sunshine a posthumous father-daughter collaboration. Can you explain what the process was like, and what inspired you to take on this project?

Myra: My father suffered so much in his life, that when he figured out how to leave the darkness of his past behind and discovered a beautiful, loving world in its place, he was very motivated to share his roadmap with others. Mendek was convinced that humanity needed to wake up and understand how our beliefs are formed—and the harm they wreak—if we are to ever stop repeating the cycles of cruelty and war that plague the human race.

My dad spent the decade of the 1990s documenting his healing journey.  I was so moved by his writings and revelations that I’ve made it my personal mission to fulfill his aspirations and share his story and wisdom with the world.

Matthew: Both your parents were Holocaust survivors – how has that impacted you?

Myra: I definitely inherited a legacy of trauma. Even though neither of my parents spoke about their past while I was growing up, from as early as I can remember I understood that my job was to always be happy and never add to my parents’ immense suffering. Without knowing it, I became an expert at avoidance and repression.

How could my difficulties ever compare to the horrors my parents endured? I didn’t feel as if I had the right to be unhappy because my “trauma bar” was set so high by the Holocaust. Still, fear has been my constant companion since I was young. I’ve only recently learned that my constant low grade terror, as well as many of my other emotional challenges, are actually trauma symptoms. Fortunately, I’m finally learning how to calm my nervous system and live more in my body in the present moment.

Matthew: After finding your father’s unfinished manuscript, you spent four years researching and writing Quest for Eternal Sunshine. Why did it take so long and what did you discover along the way?

Myra: The majority of Mendek’s manuscript was about his philosophy and revelations, but it also included some amazing pieces of memoir and many poems. Unfortunately, he didn’t include many names or dates, and skipped over full decades of his life. To tell his complete story and share his philosophy in an engaging way, I spent four years researching his life and fleshing out the book first-person in my dad’s voice, weaving his philosophy into his life story.

Along the way, I discovered a huge extended Orthodox family that I’d never known about. I bonded with many of them as I worked to piece together our shared past. In fact, right now a cousin and I are working on a family tree that starts back in my father’s hometown and will record all the living descendants of my great grandfather, Elias Mandelbaum.

Myra: Following the Holocaust, my father felt suffocated by his pain. The universe felt hostile to him, human existence pointless. But after decades of unrelenting depression, it was as if an alarm clock suddenly went off in his brain—he was done living a life of suffering.

My father embarked upon an extraordinary odyssey, both in the real world and inside his own mind. He found the courage to face his past and question his belief system. In doing so, he discovered that the cold, indifferent universe he had lived in for so long was nothing more than his own projection, and he realized that he had the power to change it.

For years, he diligently used visualization techniques and positive affirmations to reprogram his mind. He went back in time to befriend his inner child, learned to love himself unconditionally, and rediscovered how to embrace life, love, and joy without reservation. He learned to see the world with fresh eyes that were no longer projecting past traumas.

He wrote: “The journey of my life has been one of coming home to love. Throughout the many decades I was striving to understand the human condition and live a happier life, deep down what I really wanted was to reconnect with a different reality deep inside me—a reality whose foundation was love.

“I searched for love as someone else might search for buried treasure, with everything I had in me, every day of my life. And I was surely rewarded. Love has transformed my inner landscape, so that now I have only to look within myself to find satisfaction and the source of all that is good in life. My inner splendor dazzles me.”

Matthew: How have the lessons you learned from your father been helping you on your own healing journey?

Myra: I have learned a tremendous amount from my father, and I continue to learn from him every day. I think one of his most foundational lessons is to stop believing my mind and my thoughts so much. My dad was very aware of how humans can be conditioned to believe anything at all, yet we believe our beliefs to be objective truths and rarely question them, even though they cause us so much pain. My father spent much of his life observing his habitual thought patterns, and then “writing a new script”—one that brought him joy. He truly became the happiest and most peaceful person I have ever known.

Matthew: This year is the 75th anniversary of liberation. What message do you think your father would want to share with the world at this time?

Myra: My father believed the human race is one family, and that our identification with the things that divide us— such as race, nationality or religion—cause so much conflict in the world, but are basically illusions when compared to our true spirit. We need to understand how the seeds of suspicion, cruelty and hatred are planted, so we can sow seeds of love, harmony and peace instead. My father believed everyone is born perfect, just as God created us. “There are no bad people, just bad ideas,” is one of his sayings.

Matthew: What advice do you or do you think your father would give people today who are feeling anxious about getting COVID-19?

Myra: My father believed that life is a school, and that suffering brings the opportunity for emotional and spiritual growth. He’d say that we should respond to this new and challenging situation with a curiosity about the lessons available to us, individually and collectively, and that we should keeping our hearts open to ourselves and others.

Mendek always tried to live the present. He said the “Presence is where peace is.”  He’d advise us, while under social distancing orders, to try to enjoy the little beautiful moments of our days and not get caught up in comparisons about the way things used to be. He’d tell us to avoid getting swept up in thoughts of a terrifying future. My father talked a lot about how easy it is to get seduced by fear’s fatal attraction, and that resisting that through thinking positive thoughts brings both delight and gratitude.

My father also emphasized that thoughts are contagious—fear breeds more fear, while joy breeds more joy. The seeds you water grow. We have to be as careful about the thoughts we think as we are about the food we eat, and he always fed himself a steady diet of optimism and joy. He would encourage us now, in the days of Covid-19, to do the same.