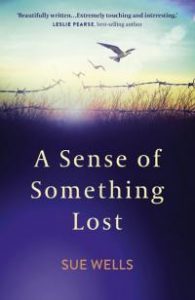 1.What is LEARNING TO FACE LIFE’S CHALLENGES BY WANTING WHAT YOU GET, RATHER THAN GETTING WHAT YOU WANT about?

We tend to focus on things we want – a new partner, a better house, more money – and expect they will solve our problems, make us happy. Any challenging issues – difficult relationships with partner or children, inadequate housing, not enough money – can lead us to feel frustrated, depressed, miserable. But what if you were to embrace these challenges? See them as situations you could learn from. What is your awkward child or partner unconsciously trying to teach you? And ultimately, what is it about you that you need to address, embrace in order to feel and behave differently?

Often what we get isn’t what we want – the difficult partner or child, losing our job  – that’s the challenge! It’s about accepting what comes your way, acknowledging the difficulties, the stress and emotional pain it causes and responding to it as best you can, rather than getting angry, frustrated, wanting to maintain control. By recognising the challenges and seeing them as a learning experience you help to broaden your experience of life – and yourself!

3. What would you say to other birth mothers about losing and searching for their child?

Losing your child is one of the most traumatic things a mother can experience. Searching is an important part of grieving their loss. It is really important to a birth mother to know what has happened to her child otherwise the pining and sadness can last a life time.Searching however perpetuates the sadness as you’re endlessly re-living the experience of losing your child. I think it is only when we stop searching – when we recognize what we are perpetuating – that we can begin to experience some peace and acceptance.

4. What was the turning point for you in coming to terms with what happened?

Difficult to say – maybe the change in adoption laws in New Zealand, where the adoption records were opened up retrospectively! And Welfare was offering to help find our lost children.It was 1986.  Unheard of! But it helped start the process of loosening the powerful grip of my own story,

5. What were the most difficult things for you to manage over the years?

A complete lack of information about my daughter – the same questions haunted me for years: What has happened to my child? is she dead or alive? well and happy?   Also the loss of self-esteem prior to the Act, guilt and shame even after having 2 more daughters – always being aware of the void – my first daughter missing. Thinking about her most days, seeing other little girls of the same age and her birthday being the time of greatest sorrow.

6. What was it like being reunited with your daughter? How has it panned out?

Being reunited when she was aged 22 was like being in love – nothing else mattered! It was a natural response to years of yearning and pining in spite of friends’ comments about how ‘brave’ I was. It was only when i was shuffling through the airport crowds that I was overwhelmed with anxiety. What say she didn’t like me, or we didn’t get on or she wouldn’t forgive me for giving her away to strangers? And suddenly there she was looking beautiful in a silk jade dress (my favourite colour!) carrying a bunch of ‘English’ flowers. She was all the females in our family rolled into one. One of us. We clung to each other … i was holding her for the very first time. I wanted to squeeze her to bits, take in every inch of her, touch her wonderful curls that matched my youngest daughter’s, stroke her face, ask her forgiveness… explain I had no choice. Instead she squeezed me saying ‘what a little mother I’ve got’ and gently frogmarched me out into the sunlight.

Sadly I found out my daughter grew up in care from the age of seven. Lots of placements and not a lot of love, which has been very hard to bear. Our reunion reflects her life – ever-changing, unpredictable, challenging and sometimes affectionate. Attempts at forgiveness and resolution were met with resistance, an emotional roller coaster but one that I’d rather have been part of than never knowing what happened to her.

7. Do you blame anyone for what happened to you?

It’s easy to blame others for what happens to us. But I blamed myself – i had stepped outside the moral boundary, i had transgressed, been banished by my family without any discussion or support and not allowed to return home with the baby. The only way to atone was to give the baby up. ‘The idea of sin puts you in a servile condition for the rest of your life,’ said Joseph Campbell aptly.

I eventually came to realise that we were part of a society in the sixties where so many people, professions and government policies played a part: the bigger picture: no sex education, no abortion, no state benefits, no voice … perpetuated by the cultural values held tight in the grip of our parents’ mindsets. All of them believing – and forcing us to believe – that children should only live with their parents if their parents were married.

Our parents were caught up in a toxic kind of mindset – where they were willing to sacrifice their own grandchildren in order to be seen to ‘do the right thing’ and uphold the sanctity of marriage. Illegitimacy was therefore shameful, sinful and the least we could do was to give the baby up, go away and forget it ever happened.

8. Why do traumas affect us so deeply?

I think that traumas affect us deeply because they remain unresolved, affecting not only us but potentially our other children, passed down as ’emotional inheritance’ according to Freud …traumatic stories or experiences that are too terrible to tell – or to process…

Often it is not only the trauma itself but the story around the trauma – in my case feeling I was a bad person for many years which in turn affected my relationships, my anxiety levels and my ability to trust others.

9. What advice would you have for others dealing with trauma?

Getting help with coming to terms with what happened including letting go of the story around the trauma.

10. Why did you decide to write the memoir? How long did it take? How has writing about your experiences helped you?

Thousands of us young women were told to ‘go away and forget’ we ever had a baby. But as much as I tried, I couldn’t. It was as if my mind wouldn’t let me and thoughts about her increased over the years, not decreased as you might expect in a bereavement. It wasn’t a conscious decision to sit down and write the memoir which I started after the birth of my third daughter Sophie. A few years prior to that, it was as if the need to write and make sense of what happened came to me when i was working with a dysfunctional family as a family therapist in London – reminding me of my own family. Forcing me to face my demons. To deal with all this heartache.

I wrote the memoir as a way of helping me understand what happened. Also, I had done some of my own research on birth mothers in the UK (almost 300 birth mothers) and realised how much sadness, grief, sorrow and often anger we had in common. I was lucky. I had met my daughter because of a change in the adoption laws in NZ. So I wanted to help promote the same changes here in the UK.

I couldn’t finish the memoir when I started writing it over 30 years ago. I suppose I didn’t really try. But now i know the ending and it’s not what I expected.

The writing itself became the therapy I had always shied away from. The more i wrote about my story the more I was able to step back until I began to see myself as part of a story in a play in which I was one of the characters playing a role. That really helped.

My greatest challenge has been dealing with the loss of my daughter, the alienation from my family and the shame and guilt I carried for a long time.Along   with this was the and the ongoing need to search – as well as the restlessness I have always felt – often not content with what I had, always wanting change or to move on. It was only when I stopped searching for answers – long after reunion where I did not experience the wholeness, the completeness i had expected – that things changed!

12. Who has inspired you along the way in terms of writing or wisdom?

The true essence of us – of our being beyond our own story.