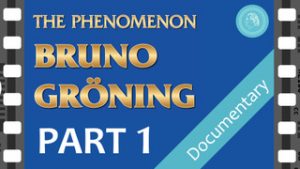 “Nothing is incurable,” began the quote on my computer screen. “There is much that cannot be explained, but nothing that cannot happen.” These words were spoken by a man named Bruno Groening. I had been searching MeetUp.com in hopes of finding a Seattle group that studied mysticism – not healing – and the Bruno Groening Circle of Friends appeared. Intrigued, I read on. It described Bruno Groening as a special human being who used his divine connection to God to help others heal themselves. I did not know it at the time, but my curiosity about mysticism would soon transform into a powerful journey of self-healing that would change my life.

I began to research Bruno Groening and learned that he had conducted many mass healings in Germany during 1949 and 1950. The eye-witness reports of the lame walking without help and the blind regaining their sight were quite moving. As a naturally skeptical New Yorker, I had many questions about the truth of these reports. Plus, I did not want to end up in a cult. I was impressed, though, that there were over 100,000 friends in 3600 communities around the world from 137 countries. It seemed like a truly non-denominational group of people from all religious backgrounds. And besides, everything was free of charge with only a request for voluntary donations.

So, I accepted the invitation for a formal introduction and kept an open mind. I was greeted by a warm, kind woman who shared Bruno Groening’s teachings. She took me through his German life and mission to help people to heal themselves through a regular intake of divine energy –  an ancient, natural healing method called Einstellen. It is different than mediation as it places more emphasis on tuning into the body than on clearing the mind. The method spoke to me – summoning spiritual energy and then paying attention to my body. As Bruno taught, connecting to the divine power source on a regular daily basis was a natural instinct and practice, something that mankind had forgotten but animals and plants took in naturally. 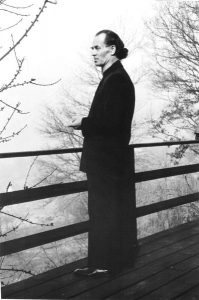 After, I was I invited to go to a community hour with the local Circle of Friends. I learned more about Bruno Groening and we brought in the healing energy, which I learned was more powerful as group. I also began to do Einstellen on a daily basis. Slowly but surely positive things started to happen in my life. I lost 25 pounds. My irregular heartbeat disappeared. Peace and love came into my life. Most impressive were the healings that I actually saw with my own eyes. Friends in my local circle stopped walking with walkers. One woman’s severe disc injury healed without treatment, amazing her doctors. Healings also began to happen to others that I did Einstellen for. One person had a severe heart condition and was given an unexpected heart transplant. A cousin who had “incurable” brain damage began working at a job and communicating like a normal, healthy person. Coincidence? Bruno Groening explained that through Einstellen we can take in the divine power and send it to others, stating “I will believe for you then you can believe for others.”

Now, it has been almost two years that I’ve been in The Circle of Friends. I do einstellen twice a day. I accept only the good and rejected the negative. The more I do this the more I understand how thoughts are spiritual forces – if good, they replenish and cleanse; if bad, they burden and distort. Bruno Groening simplified things for me in a way that resonated deeply. Recognize yourself as what you truly are – a divine child of God.

A very important note about The Circle of Friends – all helps and healings are meticulously recorded by community members themselves and confirmed by their own doctors or psychiatrists, as well as the medical scientific group within the Circle of Friends. These reports are circulated on a regular basis from around the world and their stories are incredibly uplifting. Currently there are two medical doctors in our own regional community. All of which is quite reassuring, as Western medicine slowly seems to be opening themselves to forces beyond their explanation.

So dear readers, I cannot think of a better group to be involved in than one whose own members get healthier and happier!  Most importantly, though, I have felt my own faith restored, as this was Bruno Groening’s main goal – to awaken trust and belief in one’s faith, whether Jewsih, Christian, Buddhist or Muslim. It is, therefore, with great daily joy that I draw in this divine power.

Lastly, for those that might be interested in creating their own healings, there is a documentary on Bruno Groening and his teaching on Sunday February 8th located at the Phinney Neighborhood Center/ Blue Bldg, 6532 Phinney Ave N., Seattle, WA from 11:00 am – 04:30 pm (incl. 2 breaks). This is a free event and serves as a moving introduction to those that seek help healing from physically, mentally and emotional states such as addiction, trauma, illness or depression. For more information about Bruno Groening’s teachings, please visit:

Or watch the film trailer: https://www.youtube.com/watch?v=LIWT7MxsrQw