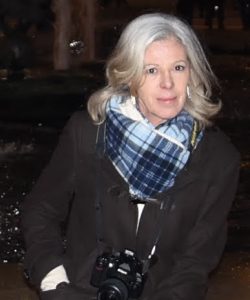 1.  The word authentic is used a lot nowadays but it is in your title twice. Why is this an important premise of the book?

The title was the most difficult part of the book and I didn’t want to name it after my Blog “Building a Conscious Society.” The book emphasises the importance of examining everything we’re told, in order to gain authentic knowledge and not just follow convictions of old beliefs that barely ring true in our modern world.  Secondly, I also touch on meditation because in a world where Social Media dominates our time, we need to realise it is not authentic reality, while time spent on mediation of the mind is. For instance, we look at hundreds of photos which are photoshopped, and sites where followers and likes are bought, so none of it is really authentic. Yet if we cannot discern that, we easily lose sight of reality and believe the inauthentic to be real.   So the world can be an inauthentic place. But if we are aware of this, seeing the facades and conditioning, we can put ourselves back in touch with our true inner natures. That’s where authenticity lies. An awareness of consciousness and awakened self to what is real.  It’s easy to get pulled into the big show out there that everyone puts on.

2.  The book has a section on religion and philosophy.  Is there a reason for this?

Definitely.  I explore each religion in detail. Their historical beginnings, growth, traditions, rituals and practice today, asking the reader to take this into account when they study life and maybe choose to follow the cultural hand they’ve been born into.  There are better avenues to explore for the answers to the mysteries of life and they are a better guide to truth, than old tales that have been handed down over thousands of years. Imagine all the communication mishaps, twists and turns!

Philosophy was mainly practiced in old times by priests because they could read and write. But  over time and especially during the Enlightenment, learned scholars began to question religious beliefs. Yet they still tried to unravel life’s mysteries and human purpose. When we study life closely we are bound to run into the question of consciousness and philosophers did.  Religion took the easy way out and provided an answer as a cause for our being, but philosophy took a different route.  As it moved away from religion,  it tried to find answers concerning consciousness. It was the beginning of science, where facts were needed to prove or disprove something and compared to religion, philosophy’s route was more difficult, yet both disciplines were searching for the same thing.  The reason for human existence.

3.  The book argues against religion, does this mean you are anti-religion?

Well, I definitely do not believe in any organised religion because I believe they are cultural stories created thousands of years to deliver answers to some of what science can answer today.  As religious tales can be far fetched and I value truth, I do not see their value in authentic answers.  Does that mean I am anti religion? Maybe. It has been the cause of death for many and I do not believe in a super being who would talk to mere mortals, answer prayers or judge anyone. Humans are good at convincing themselves of what they make up in their minds.  Despite that,  I do see the cultural value of how religions build community and how some religious folk do good things for others. However, I question the authenticity, and wonder why people cannot be morally good without the idea of a heavenly reward, answered prayer or perceived protection. I believe we are born innately good, but experience and environment can change those who do not have the strength to resist evil when they are exposed to trying times. For example, criminals who are poor and rob or violent, jealous people who are greedy and want attention and to win all the time. Maybe some of them would turn to religion and become better people. But I believe religion is not needed for that transition if we look at what is true and authentic, not what is made up, manipulated or conjured into something better that what it is actually is.

4.  What do you hope to achieve with the book?

I truly hope that people who are concerned with life truths have more meat to chew on. Knowledge is power, and when we see how all religions have similar tales except with different language, culture and rituals, it’s clear that wanting to understand life at a deeper level has been a human yearning since time memorial.  Philosophers too had varying ideas so it’s vital to expand our minds and view things with multiple lenses.  After all comparison of differing ideas has been undergone, we always return to the self and its own awareness. Meaning, spirituality is within, not outside in the material world of tales and ego.  Don’t get me wrong, we need an ego to help us survive and stay out of danger, but living to please a distant God, or to serve an ego in constant pursuit of happiness is not the answer to life. I hope after reading the book, that will be clear. Authentic being without our cultures, ideals and beliefs is the true nature of life, not praying to a separate personalised humanlike God that talks and judges in a made up heaven.

5.  Consciousness is a broad and complex topic. Why did you include it in the book?

I did not want to put science and religion in competition with each other because both try to understand the nature of consciousness in their own way.  Consciousness is the huge enigma of life and scientifically, its field of research has gained ground in the last decade.  People think we experience life because God gave it to us, but in fact it is only because we are conscious that we can experience life through thought, memory and emotion. It is a complex field but I believe its time humanity starting understanding more of itself.  For example, Near-death experiences were always explained as spiritual proof that there is an afterlife, yet now with neuroscience, we can understand the mechanisms of such experiences and can even reproduce them in rats. While we can’t all be neuroscientists, a basic understanding of what consciousness is must be essential in understanding ourself, life and the world around us.  It is more authentic than religion because it is real. We experience it every second of our lives, whether we pay attention to it or not.  While religions can be divisive, just as politics, consciousness is not. There are seven billion people out there each in their own subjective experience of it. Being more aware of it deliver a more authentic nature of being. 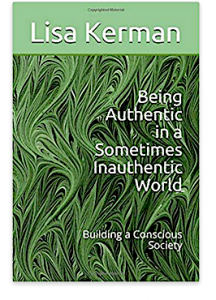 6.  Did you experience any serendipity when you wrote your book? If so, how?

Actually, yes.  Starting out on the book I was determined to indicate that religion was not the answer to life and I think I did just that. However, at a certain moment, I came to realise and understand that religion has still served societies favourably in the hope it has given people. I put myself into someone’s shoes at the time after Jesus. A leper perhaps, who for no good reason was suffering immensely. Had they heard a story of how Jesus had suffered and how unfairly, but that there was a way out of the suffering through redemption, how comforting it must have been as they lay on their death bed.  I ended up having more respect for religions and the power of culture through the generations. Humans in collaboration can create great good and evil is generally committed by one foul mind or a handful.  Religions have given millions the ability to have faith in something that does not exist and while it might not be based on fact and truth, it has probably reduced suffering amongst many. I was definitely not expecting that.  I knew that humans are born with an innate longing for eternality and spiritual belonging and I had undermined the effect that religion had all these millenniums.

You can purchase the book on Amazon by clicking here.