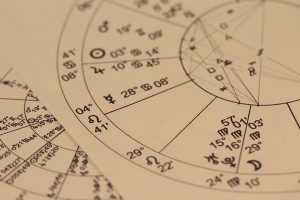 The idea behind cusp signs is that people who are born at the end of a one-star sign and at the begging of another star sign. So, the question that comes naturally is are those people both of these signs and is it possible that one person has two signs? To answer these questions, we need to look up a few things.

First of all, if we take a look at all the star signs, we can see that their dates are the same every year. For example, cancer is from June 22 to July 22. The year has 365 days and that means that sign doesn’t always change at midnight.

As an example, we are going to take my best friend’s case. She is born on July 21 and she thinks that she is Gemini. But if we take a closer look, we can see that her birthday is 0 .25 in Cancer. The explanation for this is next. Zodiac sign changes from Gemini to Cancer during the middle of the day. It is safe to say that the horoscopes signs start the day after transition rather than the day in which sing change happens.

People also tend to be confused between two signs for the next reason. That reason is the position of their planets. If they have planets in both signs, they tend to identify in the sign and then went for the energy. Here is an example of this situation. If you are born on the cusp of Aries and, Taurus but your Mercury and Venus are marching in Taurus, you could be leaning to or strongly identifying with Taurean energy. But if you at the time of your birth have the Sun can be still in the sign of Aries.

We can also take an example when sign moves to the end but have ascendance through Venus and Mars, then you can in destiny with both sign energies in certain areas.

Accordingly, the cusps signs and their dates are next:

There is still an ongoing debate among the Astrologers some of them think that there are cusp signs but many more of them believe that nobody can have two signs. They believe that people who are born on boundaries (cusps) can have some of the influence of another close sign and some spilled energy as well. Because of that, for example, Gemini could have some Cancer characteristic, but he will still be Gemini. But as we can see there are a lot of factors in determining the zodiac sign such as the position of planets, the position of the sun as well as the period of the day when the change occurs.