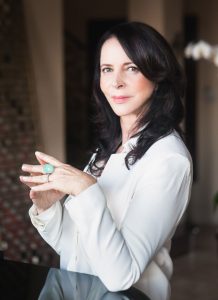 The rhetoric Americans are subjected to through Twitter wars provoked by our president, and through rampant name-calling, finger pointing and false allegations made across other media channels has diminished our country’s tradition of civil discourse. Abhorrent partisan-based and personal attacks have become the new political norm in America. It’s reached such a crescendo that many have concluded we, as a society, need a very different course if we’re to pull ourselves out of the deep, dark hole we’ve dug ourselves into.

The uproar over Trump’s attacks on four congresswomen of color, telling them to “go back and help fix the totally broken and crime infested places from which they came” — although all but one are were born in the U.S. and all are American citizens — set off the latest firestorm of heated rebukes and partisan posturing that leaves civil society shaking its head.

To continue mudslinging, arguing and fighting over pressing issues that plague our country, causing both parties to shout at one another, leaves so many of us disillusioned and embittered. If both parties are striving to do what is supposedly best for our country, and truly want to make “America great again,” a new type of conduct and deportment is necessary. We need to turn to Mindfulness to help us rise above the fracas.

Mindfulness? Many associate it with its roots as a Buddhist concept that involves being present and aware within each moment. How, you ask, does Mindfulness fit into today’s polarized political climate?

Mindfulness is a tremendously valuable skill inherent in each of us, and isn’t something that was only practiced by the Buddha in his search for enlightenment. He was an ordinary person, but set out on a spiritual journey to find answers after witnessing so much suffering in the world. He found those answers by looking within himself.

Clearly, Mindfulness isn’t a dominant practice in our political environment. Positive change, compromise and addressing the country’s important issues won’t happen until we come to realize that how we talk to one another matters. Until we recognize the importance of being mindful in how we speak to one another, even if we disagree, then both parties will continue to belittle each other and American citizens will continue losing faith in our leaders. Politics will be viewed as the problem rather than the solution. And, before we know it, not only will civil discourse be altogether lost, but participation in voting will no longer become the great motivator for change.

We must look within our own hearts and souls for the answers that will lead us out of this adversity we’ve created. When we plead to show more compassion for the immigrants detained in inhumane centers, but continue to display hate for one another because we disagree politically, then we too are adding to the animosity expressed toward each other. What do we think it will take for us to come together in a way that doesn’t make this a partisan problem?

Whether you’re a Democrat, Republican, Independent, or member of the Green, Libertarian or Peace and Freedom party, or even unaffiliated, bring Mindfulness into every political conversation. Mindfulness will help you to be present in the discussion, to listen and respond respectfully to other points of view and engage in dialogue, not argument. People will notice and act in kind.

We need more mindful politicians and leaders who, as they tell us what they will do to fix our country’s problems, show that they’re present and mindful through the words they choose, the clarity in their eyes, the unwavering patience they practice, and the honesty and integrity they project. When they practice Mindfulness, they show how to engage in civil discourse. It will strike a chord as something entirely different — and we’re more than ready for it.

But we, too, must be present. We must be aware. We must be mindful.  And, we must always remember to use our words kindly and wisely, no matter our party, for the betterment of America — this country we profess to love.

Ora Nadrich is founder and president of the Institute for Transformational Thinking and author of Live True: A Mindfulness Guide to Authenticity. A certified life coach and mindfulness teacher, she specializes in transformational thinking, self-discovery, and mentoring new coaches as they develop their careers. Contact her at theiftt.org.