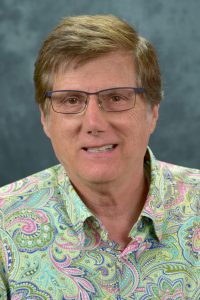 Some people develop their life’s philosophy by studying the great philosophers. You did it by living passionately. Can you elaborate?

I did read many of the great philosophers to educate myself as to what others thought about different aspects of life. However, I tried to go out into the world on my own terms, being my own person despite the consequences this might create…I was a passionate young man with an idealistic viewpoint of the world. I refused to relinquish my passion even as people implored me to do so.

Who was one of the most interesting characters you met?

When I was living in the mountains of Big Sur, California, I met the leader of a notorious motorcycle gang. We became friends. All preconceptions I had about men who would join a motorcycle gang were shattered as I learned about the humanity and vulnerability behind the macho image most of the men projected.

What’s one of the most dangerous situations you encountered?

Getting stuck in a Russian hospital that must have been converted from a prison because it had bars on the windows. It felt very dangerous because I didn’t speak a word of Russian and I felt helpless to be able to leave at my own volition.

Tell us about your impromptu one on one encounter with Indira Gandhi.

In 1978, I was walking through the gardens of a government complex in New Delhi, when she appeared out of nowhere and wanted to speak with me. She was so elegant and bright. Her knowledge of English and the breadth of her worldliness were amazing. When I told her I was a poet, she knew practically every American poet I mentioned.

What were some of the hardships you endured?

Eating strange food was a constant problem in Asia. I tried to be selective and careful, but found my system could not digest a lot of the food without my getting sick to varying degrees. I also felt weak from lack of good nutrition at times.

What food did you eat which you had never eaten before?

There were many Thai fruits that I had never seen before like Mangosteen which is considered to be the Queen of Fruits. The various fruits were delicious and had weird shapes and colors. I loved them. They tasted great and were very refreshing.

You went to 200 state parks and 49 states.  Which countries did you visit?

What was your favorite country?

One of the most intriguing, beautiful, colorful, unique, artistic, spiritual, historic and mind-bending countries I visited in the 1970s was Nepal. Very friendly, the Nepalesewere small in size, but huge in heart. They were so accepting and kind and warm. They also seemed to be grateful for meeting me or any foreigner.

What was something that shocked you during your travels?

Watching a religious ritual in Indonesia shocked me because the men danced around in a trance until they entered a delirious state. They brandished swords and began to poke themselves hard with these swords. Apparently, they were immune from the sharp blades because of the altered state they had induced. It was shocking to see this because the intensity and energy were so palpable.

You’re not a therapist or counselor, so why do you think folks should listen to you?

There have been extraordinary pioneers and visionaries who have given the world great insights and wisdom who did not follow the orthodox path to success. A person does not need to have followed the conventional path in order to be an expert in a specific field. My education has been a continuous series of adventures of a highly diverse nature, giving me an experience of life in its most raw and natural state. I hope people will listen to me because I have been on an ever-changing, wild, diverse exploration of life on Earth from which I have gleaned an incredible panoply of knowledge and wisdom. Each person has a wealth of wisdom to share simply by the unique experiences he or she has had.

Why is it important to look within, to be introspective? Isn’t ignorance bliss?

Not only is it important to look within to discover deep truths about yourself, but when you don’t do this you will fall immutably into a shadowy place that will keep you stuck forever. Ignorance is not bliss. It stymies the natural evolution of growth for humans. Self-discovery is the only path to freedom.

Did you learn to become more self-aware during your travels? 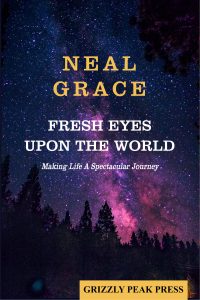 Absolutely! Self-awareness gets intensified when you are thrust into new situations and new places. You begin to clearly see your strengths and your weaknesses. When I traveled, I learned so much about myself. I saw things that troubled me that I did not like, but I had to acknowledge these things before I could attempt to modify them. Before I could remove the delusional masks, I had to become aware that I was wearing them. In different cultures, masks no longer served a purpose.

Do we need limitless curiosity to get the best out of life?

Curiosity certainly helps us delve fully into the mystery of life. The more curious we are, the more thrilled we become and the child within us leaps with joy at the discoveries we make. I believe we are all inherently curious at birth. It is just that some of us get so hurt and disappointed as we get older, we lose our natural inclination to be curious. That’s why we all need to nurture and sustain our desire to be curious.

How did you go from being nearly destitute to becoming a millionaire?

Living in the dire state of poverty had some benefits, but it also placed an inordinate pressure on me that would not go away. I adjusted well to the struggle of being poor by not allowing this state to undermine my love of life and adventure.  Yet, eventually, I used my resources and understanding of human nature to help me succeed.

You say you can find wealth, well-being and wisdom without taking a step. Why?

Wealth can mean many things, including inner peace, joy and creativity.  What exists within us does not require an outward journey. It only takes willingness, faith, self-confidence and the temerity to travel deep inside the endless world of yourself!

With all the current negativity in the world, how do you suggest we remain positive?

There is a flood of horrors surrounding us. But there is also a sea of beauty and miracles surrounding us at the same time. If we succumb to the negativity, we become its victim and we lose our love of life. When we turn to the light with all its hope and promise and beauty, we become empowered and thrilled to be alive. The negative crushes us; the positive frees us. One is destructive; the other is creative. The choice is ours to make.

Some of your thoughts, such as banning all weapons, have very little chance of ever coming to fruition. Why include them in your book?

The reality of these things materializing is very remote. But it is vital that they be included because people need to start to think about these radical thoughts in unprecedented ways. In order to make movement toward getting some of these things implemented, we need to set high goals. Humanity needs to recognize that some of the things that we take for normal are indeed quite bizarre.

What can readers take away from Fresh Eyes Upon the World?

The only way to free ourselves from delusions, fear and prejudice is self-examination.  Society can heal its darkness only when each of us adopts holistic, compassionate and humanitarian values that will lead to happier and more fulfilled lives.