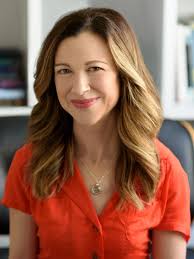 This is a very unusual book in that we go behind-the-scenes and see not just you with your patients, but you as a patient with your own therapist. Most therapists keep their personal lives very private, so what made you decide to include your own story?

One of the themes of the book is that our stories form the core of our lives and give them deeper meaning. Sharing these stories is essentially about one person saying to another: This is who I am? Can you understand me? As a therapist, I hear stories all day, and I’ve come to realize that no matter people’s circumstances, we’re far more alike than we are different. We all struggle with the daily problems of living—nobody is immune. As Joseph Campbell put it: “Life is a wonderful, wonderful opera, except that it hurts.”

So while I could have hidden behind a veil of professionalism, I felt it would be disingenuous to share my patients’ stories without sharing my own. I didn’t want to portray myself as an expert from up on high, but as a person just like everyone else. I say in the book that despite my degrees and years of training, my greatest credential is that I’m a card-carrying member of the human race. In my view, the most important job requirement for being a good therapist is to be first and foremost a human being. So that’s where I start the book—with my own humanity.

The book begins with a personal crisis and you don’t seem to hold back. Yet you’re also an accomplished clinician. Were you afraid of how you might come off?

On some level, yes, of course—it’s scary to be that exposed. Our patients don’t see our vulnerabilities and I think sometimes they imagine that we don’t struggle in the ways they do. But there’s a distinction between therapy and a book about therapy—which is to say, a book about how we heal. I’m very real in the room with my patients but there the focus is always on them. Here, I’m pulling back the curtain and saying, “Hey, come this way—let’s go backstage.” So in this context, I’m willing to let my freak flag fly.

I was surprised to see that there’s so much more to a therapist’s world than two people in a room. We see you bantering with your colleagues in the office’s kitchen, discussing your cases (and how you really feel about them) with fellow therapists in your weekly “happy hour” consultation group, we peer in on your family life at home as a parent and your interactions with your own parents and your friends, and we even follow you to your haircut appointments. Of course, we’re also flies on the wall while you work with your patients. How did you choose the patients for this book?

I deliberately chose people who seemed very different from one another on the surface in terms of gender, life stage, background, and the issues that brought them into therapy, not just because that’s what makes my work so interesting, but also because I wanted readers to see how these people’s struggles overlap. Essentially, they (and I) are all grappling with what the eminent psychiatrist Irvin Yalom calls our “ultimate concerns”: death, isolation, freedom, and meaninglessness. And in that sense, this book is about all of us. At first glance, you may not look like any of these patients, but you’ll certainly recognize aspects of yourself in all of them.

Another reason I chose these patients is that one of the greatest lessons I’ve learned as a therapist is that there’s no hierarchy of pain. Suffering shouldn’t be ranked. When I first started seeing Julie, the young newlywed with breast cancer, I imagined that it would be hard going from hearing about her CT scans and tumors to listening to “So, I think the babysitter is stealing from me” and “Why do I always have to initiate sex?” But those problems mattered too: betrayal by the person who’d been trusted to watch your child; feelings of shame and emptiness when rejected by your spouse. Underneath the details these people were asking the same questions Julie was: How do I feel safe in a world of uncertainty? How do I connect under these circumstances?

Often people keep their pain inside because they worry it’s not “big” enough, and we have a mental health crisis in the country partly because people don’t feel comfortable talking about their pain so they act it out in dangerous ways. I want to give people permission to pay attention to their inner lives—our emotional health determines the quality of our lives as individuals and also the quality of the society we live in.

Your sessions with Wendell are so raw and moving and yet so many times you go from something terribly sad to laugh-out-loud hilarious. What was it like being a patient to another therapist?

And I did fall apart, but it was also hard to take off my therapist’s hat. I didn’t want to become the equivalent of the backseat driver thinking, If this were my patient, I would have done it this way. It wasn’t easy to let go of that voice in my head. But at the same time, being a therapist didn’t prevent me from responding to Wendell in the ways that patients respond to me. I’d get frustrated with him. I resented being charged for a cancellation when I was sick (even though I have the same cancellation policy). I didn’t always tell him everything I should have, and I unwittingly (or sometimes wittingly) distorted what he said. I even Googled-stalked him and then when I was talking in session about my own aging father, I edited myself because of what I’d discovered online about his father. I was so consumed with shame about what I’d done that I pretended not to know what I’d learned, and it took months before I fessed up. If the job of being a therapist is hard, the job of seeing a therapist is doubly so. Being in the patient’s seat gave me even more compassion and admiration for my own patients.

Seeing Wendell also highlighted the fact that no two therapists are alike. His style was so different from mine—at one point he literally kicked me!—but there were also times when something he said worked so well for me that I’d leave his office and say the same thing verbatim to a patient in my office an hour later, as if Wendell were my Cyrano. It felt like magic—most of the time. Only once did it completely bomb.

You also write the weekly “Dear Therapist” column for The Atlantic. How is being an advice columnist related to what you do as a therapist?

In both the column and my therapy practice, I try to bring people’s attention to the things they aren’t seeing, rather than simply telling them what to do. Taped up in my office is the word ultracrepidarianism, which means “the habit of giving opinions and advice on matters outside of one’s knowledge or competence.” It’s a reminder that I can help people sort out what theywant to do, but I can’t make their life choices for them.

This is especially true because in both the column and therapy there’s always missing information in the dilemma that people present. I’m aware that the person made a choice about what to leave in, what to leave out, and how to frame the situation in the way they want me to hear it. And yet in the book, you’ll see me in Wendell’s office doing just that: gunning for him to support a particular choice, to take my side, and even to make my decisions so that I don’t have to take responsibility for them if things go badly. Once he said, “I only know what I would do. I don’t know what you should do,” and instead of absorbing his meaning, I replied, “Okay, then, just tell me—what would you do?”

Of course, the differences are that with the column I have one letter to work with, and with therapy I have more context and time for the story to evolve.  But in both cases, I believe that the most powerful truths are the ones we arrive at ourselves, so I try to nudge people in a direction that will help them arrive at those truths. Just like Wendell did for me.

Everyone in the book changes so much from beginning to end, but you write too about why we resist change even if it’s good for us. What makes it so hard, and how much change can we realistically expect from therapy?

The problem with change is that it’s scary to give something up—even something negative or problematic—without knowing what you’ll get in its place. We can’t have change without loss, which is why so often people say they want change but then stay exactly the same.  It’s why people often need to do the same thing over and over a seemingly ridiculous number of times before they’re ready to change—and so in the book you see my patients (and me) go through this maddening process. “Insight is the booby prize of therapy” is a tenet in the field—you can have all the insight in the world, but unless you make changes, you’ll remain stuck.

Therapy helps people change largely because we grow in connection with others, in the I-thou relationship that’s often lost in our fast-paced, technology-driven culture. But there’s no magic bullet.

Even so, the payoff is life-changing. Most people change by becoming more aware of their patterns and getting out of their own ways. And it’s never too late—as Rita, the 70-year-old patient in the book who’s full of regret shows us, tremendous change is possible at any age. Ultimately, therapy is about taking responsibility for our own lives, shifting from the idea that Hell is other people to the reality that sometimes—often—Hell is us. Wecan change our circumstances.

There’s a saying that we get one coin in this life—spend it well. I hope that this book helps people to figure out how to spend their coin well.