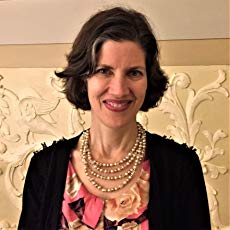 What is the Same Moon about and why did you write it?

At its most basic, The Same Moon is a journey toward redemption. While learning a new language and culture in Japan, I learn to accept my own fallibility and to forgive myself for it.

I wrote it to share this story, which I hope brings comfort to others who have struggled, and also to offer a glimpse into the culture of small-town Japan. (The town I lived in had fewer than 7,500 people scattered among several villages.)

The nutshell of the story is this: After marrying young and quickly divorcing at age twenty-four, I ran away from the disappointments and embarrassment of my Minnesota life to teach English in Japan. I had spent a magical summer there as a high school exchange student, and the Japan of my memories had become my “happy place.”

My plan was to spend a quiet year reflecting, healing and figuring out what to do with my wrecked life while enjoying the culture of Japan.

Instead, I was drawn into serving tea to my male coworkers, performing with the local koto (zither) group, advocating for my female students and colleagues, and embarking on a controversial romance with a local salaryman.

I wrote pieces of the story when I was living in Japan in 1994-96, and they became the project I needed to complete a master’s in mass communication/print journalism that I had left unfinished. My adviser suggested I turn them into a book, but then life happened, as it does.

About five years later, I entered a master of fine arts program in creative writing/nonfiction. Again I needed a topic. This time I went back in time and focused on the summer I had spent as an exchange student—and juxtaposed the development of my cultural understanding with the evolution of the Japanese art of woodblock printing.

After finishing my MFA, I continued growing my thesis for a few years before realizing it wasn’t the story I really wanted to tell. Although ukiyo-e gets some cameos in The Same Moon, it is now only a small piece of the whole book.

What sort of cross-cultural challenges did you face in Japan?

When I was teaching English in Japan in the mid 1990s, my biggest cross-cultural struggle had to do with the way women were treated. It pained me to see my colleagues cast in what I regarded as subservient roles, simply because they were women. (In our conversations, they shared that they saw things differently—different roles for different people.)

The activity that made me craziest—probably because of its regularity—was tea serving. In one of my offices, the women set aside their work to serve tea at least four times a day. The men would either keep working or would take a break. Although no one ever asked me to help, I believed that to fit in as a woman I needed to assist … although my tea service contained touches of rebellion, which I describe in The Same Moon.

From my experience, I found that breaking up my day in this way was a distraction. I was less productive for being interrupted just when I got into a project. I couldn’t help but think this adversely impacted my female colleagues’ work as well.

More than that, though, because I was working with young people—primarily with junior high school students—I became concerned that my female students would feel limited in what they could do with their lives. Their names were put at the bottom of class lists, they walked last through the graduation ceremony … and of course they observed their female role models serving tea all the time.

The heart of the challenge for me became, how can I be respectful of the culture that is hosting me while being true to my own beliefs and encouraging others around me?

How did you find a new purpose for your life?

Once I got my feet on the ground and was able to look past my own frustrations with tea serving and other cross-cultural challenges, I really began to consider the future of my female students and my colleagues. Having recently been through a divorce and having experienced feelings of powerlessness, I began seeking ways to help the women and girls around me feel empowered to make their own choices.

When I created lesson plans and sample sentences, I made sure the female characters were working high-powered jobs or having exciting adventures.

When I taught, I called on the girls more than the boys.

When girls reacted with shyness—characteristic of that age and in that culture—I waited the extra time it would take them to overcome their shyness or embarrassment and answer the question.

When I was getting ready to leave Japan, and many local groups invited me to speak, I took the opportunity to create a platform. I wrote a standard speech about what I had observed and experienced, addressing my concerns that my female colleagues and students were being held back. I also shared my dream that they would feel empowered to choose whatever future they were called to, regardless of gender.

This issue gave me the opportunity to look beyond myself and plant seeds to encourage change, if not for my generation, for the next generation.

What effect has divorce had on your relationships and perspective in life?

Divorce is a very complicated experience.

It would be easy to say, “I wouldn’t wish divorce on anyone.” But I am thankful for mine, because in my marriage, I couldn’t see a way forward. We simply didn’t fit. The phrase “unequally yoked” echoed through my mind at the time, and in some ways it summed up our situation. We were like two oxen pulling in different directions. He had his, I had mine, and neither of us felt called to follow the other. We couldn’t make forward progress.

Going through the experience of divorce taught me lessons I might not have learned any other way. Most importantly, it brought me the gift of compassion. Growing up, I was the kid who did things right. Life came pretty easily to me overall—I had a good group of friends, I followed the rules, mostly, and I found success: piano performance, writing and academic awards, study abroad opportunities, scholarships, leadership roles and so on.

Then, just a year out of college, I found myself in a situation that didn’t fit. I felt as if I’d lost my life. Although it had begun with great excitement and fun, no matter how hard I tried, I couldn’t make the relationship work in the long-term.

It was my wakeup call. I had seen personal disasters happen to other people on many occasions and had thought, “How did she get into that situation?” Or “How did he not see that coming?”

Now I knew. Sometimes we simply can’t see past our headlights. And all of a sudden we’re on some back road, buried up to our axles in mud.

So there I was, the young woman who had always done things “right,” who now had failed—in my mind—in a spectacular way. After saying vows to stay with this man forever, and saying them in front of God and everyone—scores of family and friends, many of whom had traveled far to witness this event—I came to the realization that I needed to break them. I believed it was what I needed to do to live the life God had set before me.

I have never been the same since, and for that I am thankful.

Do you have any examples of Serendipity or Divine Providence in your journey?

My sense is that God is popping into our lives all the time, whether he is turning our gaze in a new direction or sending an angel to speak to us. I think often we’re just too distracted to notice.

I describe one example in The Same Moon:

We were in the midst of our marital discord when I visited the university student health service. As often happens to me when things get stressful in my life, I start believing things are going wrong with my body. This time, I was worried I was getting skin cancer.

Although it’s been more than a quarter century, I can still picture the lovely red-haired nurse who arrived in my exam room. In the course of examining my moles, she said everything I needed to hear, speaking with calm authority:

“You need to keep your focus, because no one is going to live your life but you. People will always want to take pieces of you, but you must maintain your priorities and be true to who you need to be. Don’t worry whether everyone understands what you need to do, as long as you know why you are doing it.”

I listened, rapt. Who was this woman?

At the end of the appointment, she opened the door to leave the exam room but, before exiting, stopped and turned back to face me. “You are making excellent progress,” she said, and then closed the door.

Alone in the silent room, I knew I had received an important message—advice and encouragement. I had a sense I had been in the presence of an angel.

Another example took place when I was beginning to send The Same Moon manuscript to agents and publishers. I had applied for a job teaching college English in Minnesota—it was my dream job, the one I had imagined since I was a young child. On my flight from Portland, Oregon, I was in the middle seat, and I noticed the passenger beside the window had pulled a thick manuscript out of his bag.

“Are you a writer?” I asked him, thinking we’d talk shop.

I was stunned. What would I learn from this man?

He introduced himself as David Kopp, and in our conversation I learned that he was in charge of Crown Publishing, the Christian imprint of Penguin Random House. He invited me to send my manuscript his way—a dream come true! He also sent me a few of the books his publishing house had recently released.

I could see that my manuscript was a different genre—very little of my faith was included in that earlier version of The Same Moon—and, not surprisingly, he wrote back wishing me luck, explaining that my book was not a fit for his imprint.

But the conversation was an “aha!” moment for me. I couldn’t stop wondering why I had left my faith out of my story. As a result of that conversation, I realized it was a mistake. I had focused too much on making my book palatable for a secular audience and, in the process, had denied part of my story and, in fact, a very important part of my identity. I went back and wove the thread of my faith into the story.

I didn’t get the dream job, but in retrospect it seems the reason for that journey was to meet someone who would help me become a more genuine writer, a more fully integrated human.