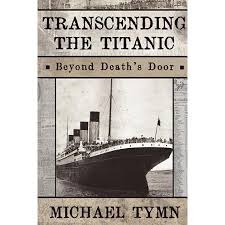 As the Titanic plunged to the bottom of the Atlantic Ocean, Colonel Archibald Gracie was sucked down with it. However, he somehow managed to surface and survive, and he soon found himself sprawled on an overturned life raft, his clothes waterlogged and his teeth chattering from the icy cold. He noticed that the seaman next to him on
the raft had a dry cap and asked him if he could borrow it for just a few minutes to warm his head. “And what wad oi do?” was the curt reply. “Ah, never mind,” said Gracie, as he thought “it would make no difference a hundred years hence.”

Those hundred years are up this year on April 15 and we might assume that it no longer makes any difference to Colonel Gracie, wherever and however he now exists. But understanding Gracie’s ordeal and those of the other 2,222 passengers, including the crew, of the Titanic, might make a difference now for some people – those interested in learning from the experiences of others while searching for greater meaning in life’s suffering and tragedies.

Basically, the Titanic story is about dying and death, a subject many people don’t like to think about. “Dying is especially difficult in America,” writes Kathleen Dowling Singh, Ph.D., an experienced hospice worker, in her 1998 book, the Grace in Dying. “Our cultural blinders to the world of Spirit, to the transpersonal realms, have left us bereft of meaning, struggling alone with the chaos of psychic deconstruction and physical dissolution.”

Clearly, science and technology have raced far ahead of our ability to adapt to the changes they have brought about, especially the ability to integrate spiritual ideas and discoveries with those scientific and technological advances. Quite a few people have succumbed to believing in a strictly mechanistic universe, one devoid of a spiritual world.

It has been my observation that most of those people – the “scientific fundamentalists” – are reacting against the superstitions of orthodox religion, not really grasping the difference between the views of orthodoxy and the spirituality which many true seekers of truth have come to recognize. Others cling to the dogma and doctrine of various religions, refusing to accept more progressive and enlightened spiritual views.

This book is not quite like other books about the Titanic. As the title suggests, it is an attempt to explore the more transcendental aspects of the Titanic story – those suggesting a non-mechanistic universe. The subjects include premonitions, apparitions, out-of-body experiences, telepathic communication among the living, and after-death communication, many related to the Titanic passengers, others offered in support of the Titanic phenomena. Key among the passengers is William T. Stead, a British journalist. Although much has been written about Stead’s spiritual pursuits and experiences, very little of it has been discussed in other books about the disaster. Thus, I believe that the book is somewhat unique in this respect.

Unlike other books about the Titanic, this one does not go into a lot of detail about the ship and its passengers. However, Chapter One offers a general overview of what took place between the time the ship hit an iceberg and the time the surviving passengers were rescued.

“A Different Perspective on the Titanic Disaster” is an excerpt from Transcending the Titanic: Beyond Death’s Door by Michael Tymn published by White Crow Books.