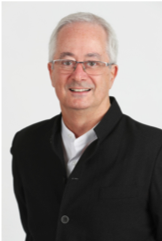 Has not enough been written about ‘Leadership’ already?  You might have thought that most people, properly inclined, would have already studied, assimilated and implemented the many words of wisdom pertaining to the multi-faceted aspects of leadership conundrums.  Perhaps? Well, perhaps not.

Today, trusted leadership is much harder to attain in an environment that is typified by the impatience that characterizes the era of instant gratification – just like the Queen song – “I want it all and I want it now!”

Good leaders, however, understand and appreciate that there are consequences (good and bad) for their actions and like master chess players consider the future many moves ahead.

Now, I am fairly certain that there has not been a lot written (if any) to describe leadership through the prism of spirituality or what happens after we pass on.  So, let’s look at the leadership conundrum from this (unique) perspective.

Leadership, whilst given many definitions, is fundamentally about what people (aka employees, clients/customers) will follow. What people believe is that which they will follow – all men/women want to believe, but very few can follow a dream – even a true one. But they will follow a man/woman with a dream.

Now, if I were a betting person, I would hasten to say that the consequences of a life well-lived can be found in the abundance of some things and the absence of others. Virtue is a prime example.

As a leader, I would want my many employees to work with and follow me because I was able to demonstrate an ability to act fairly and without prejudice or bias.

I would want them to follow me when I ‘led from the front’ and was ‘accountable for my actions’.  On the flipside, I would be loath to reflect actions of deception, where clients or customers were misinformed, mistreated or deceived.

Sadly, there have been many recent examples where virtue has been severely wanting from our so-called leaders of industry and community.

Trust is a treasured elemental to the leadership matrix and can only be earned not enforced.  They believe you – believe in you.

As a leader, I would not expect to get everything right.  Trust requires that others have confidence in your intentions.  Better, therefore, than being ‘right’, ‘strong’ or ‘competent’ is preparedness to be vulnerable.

Trust requires that we have confidence in each other’s intentions and have no reason to be protective or careful.  Trust is the foundation of great relationships (aka teams) and trust is the basis upon which all good teams (relationships) are built.  I would hasten to add that this applies both to employees and customers/clients alike. 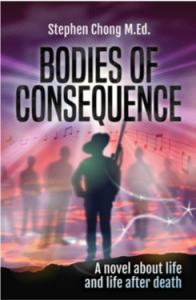 Ultimately, it told the story about the consequences of our actions on earth that go beyond the deeds themselves – and impact on people and situations that may never have been considered.

As a leader of men and women, whatever my system of belief, I would want to ensure that my own story was underwritten by both virtue and trust and that my legacy among the many that followed me was told in a story with a smile by those who placed the same in me.

Stephen Chong’s applauded book, Bodies of Consequence is now available for purchase on Amazon, local bookstores (ISBN: 978-0-6484579-1-6) or from the website  www.stephenchong.com.au.