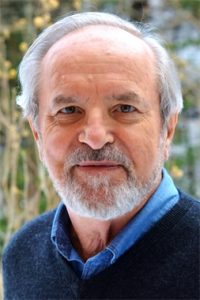 If a youthful spirit is present, as you age you may actually be- come young in unexpected ways. I worked with a man in his eighties who found this to be true. After his wife died, he thought that his life would be a gradual decline toward the end. Instead, his dreams began to portray his early life as a college teacher. At first, we didn’t know for sure what these dreams implied. But as they continued, and as he began to get ideas for new projects, it was clear that in spirit he was back in that early time in life of starting a new career.

It was as though now in his eighties he was in the same place, or in a very similar place to that early time in his life. He had a similar spirit of adventure and he was actually experimenting with a new identity. It was a return of his youth, in spirit if not in body. He was being defined not by the settling tendency of old age but by the reinventing spirit of youth.

I’ve seen this unexpected development in other people, too. Do we all have an opportunity in old age to go back to an early creative and defining period in our own history and start over? Is the return of youth a natural occurrence that we ignore simply because we don’t expect it?

In short, you stay young in soul by not becoming a fossil in your life. You keep abreast of the world as it advances. You stay fresh in your understanding and values. You say yes to life’s invitations. You keep your heart active by loving the world rather than hating it. Chronic hatred is a good way to get fixated in a crusty old age.

You can also stay young by avoiding old habits of thought and behavior. You try new things and resist the comfort of the old ways. Yes, you can enjoy old traditions, but you don’t let them become dominant. You don’t stay with old forms on principle. You mix the old with the new.

When people think of keeping their youth as they age, they of- ten think too physically, materially, and literally. They get face- lifts but not personality lifts. They sink unthinkingly into old age without doing anything to have a youthful presence in everything they do. They try to look young without being young.

It might be better to stay young from the inside out. For some people physical condition often follows their emotional attitude. If the spirit of youth is strong in you, you may see it in your body. I have no doubt that my father looked young, even at one hundred, because of his youthful spirit. So for those people who are trying so hard to look young, I’d suggest instead reviving a deep kind of youthfulness, an aspect of character, and an approach to life.

You can delve more deeply and become aware of the spirit of youth that has been in you from the beginning. You don’t have to make yourself young, because you are young inside. That youthfulness needs only to be freed. From what I’ve seen in the older people I’ve counseled, the resurrecting of youth in our older years may simply happen. You don’t have to manufacture it, but you do have to welcome it, receive it, and allow it to influence how you live. I often suggest welcoming the invitations that life offers you.

These are not always external matters, like moving or getting a new job. They may be internal, like noticing signals of some new youthful urge that wants you to take a risk or go out on an adventure.

For example, these days I’m thinking of traveling less to teach and speak and instead staying home and creating online courses. I will be successful only if I can conjure up the youthful identity needed for a new adventure. The next appearance of your youth may be in something small and ordinary. If you’re open to these apparently mundane charges of puer vitality, you stay young in your soul, and that is ultimately what counts. 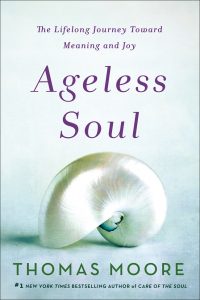 I feel that I’ve had the puer spirit in me most of my life. As I said, I was slow to grow up. Once, my mother visited me, looked around at my rented house and rented furniture, and said, “Tom, when are you going to have your own furniture?”

I was just turning fifty and wasn’t worried about living in a rented house and not having my own furniture. I wasn’t making much money, but I had enough to pay the rent and enjoy modest pleasures. During those years I also had many flying dreams, which are often part of the puer psychology. In particular, I dreamed of planes either trying to get off the ground or flying low in a big city among the skyscrapers and landing on city streets.

I now see those dreams reflecting my efforts to keep my spirit free while dealing with the demands of ordinary life.