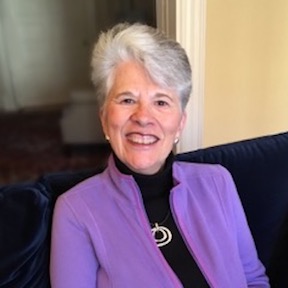 Why did you leave your job as Executive Director of the Hyams Foundation to become a spiritual healer? How difficult was this decision?

My career was at its zenith, but after several years of being helped by healers both in Santa Fe and Boston, I found myself offering healing energy to people who became injured or ill while at work or at social events. On a meditation journey to Egypt in 1989, I had an experience in the sarcophagus in the Great Pyramid of Giza that told me it was time to move on. Any doubt that I had in making the final decision was overridden by the power of the call and the confidence it gave me.

Why did you write When Spirit Calls?

One day, I was talking with a friend about my future as a healer. She said I couldn’t know where I was going because I didn’t know where I had been. “Write about six or eight of your spiritual experiences,” she suggested. “Just for yourself.” The “six or eight pages” she suggested turned into When Spirit Calls, which I hope will help readers in their own healing and inspire them to seek their own paths.

Was it a positive experience being one of the subjects in the Pulitzer prize winning book, Common Ground: A Turbulent Decade in the lives of Three American Families?

At first, I had nightmares. I didn’t want the author, Tony Lukas, to expose my guilt about leaving our beloved inner city neighborhood for the suburbs in the midst of a crime wave, fights with the city bureaucracy and the threat to our sons’ already integrated school. At the same time, I was pulled by a desire to make a contribution to the understanding of the complex urban problems we had experienced firsthand.

Tony became a friend, and telling him our story helped heal my wounds. By the time Common Ground was published in 1985, I was ready for TV interviews.  The contribution I had hoped to make continues to this day, when Common Ground is still taught in classrooms.

How do you think the United States has progressed, racially, since those times—the late sixties and seventies?

Common Ground explores issues of both race and class, and in both areas, we appear to have more division than ever. The income gap between rich and poor continues to grow, and we have so much violence that we have to be reminded that “Black Lives Matter.” At the same time, serious discussions of race have deepened from “How can we be more tolerant?” into “How have we ourselves contributed to structural racism?” While I have some black friends who feel like they have a “target on their backs,” others see this time as an opportunity for healing. The question is—which path will we take?

There’s a lot of divisiveness in today’s political landscape.  How do you think we can become more united?

By bringing our divisions to the surface, we have an opportunity to heal enabling us to create something new. We need to learn how to talk, listen and act from our hearts, grounded in love and respect.  Doing this will become easier as we seek out ways to experience inner peace and that which binds us all together, the common ground of universal consciousness.

What did you learn about the medical establishment, and its limitations, during the days of your terrible back pain?

My back became my teacher, leading me to new discoveries about pain and illness. The medical establishment is great at so many things. But in focusing entirely on the physical, it misses the role that emotions or spiritual transformation may play.

I need my M.D. when surgery is required or in certain medical emergencies. I need my naturopathic doctor to interpret and treat the emotional/spiritual elements of any illness for the healing of both body and soul.

What did you learn and experience traveling to different countries?

In China, I learned about acupuncture and healing with herbs, and discovered a destroyed temple that felt so familiar I thought I must have been there in another life. In Israel, I had an encounter with Christ at his tomb. In Egypt, I meditated at temples along the Nile, helped a woman who was losing her life-force, participated in ceremonies for healing the planet and received life-changing guidance for my life. In India, I spent several weeks at an ashram, where I learned more deeply about “seeing God in each other,” had inner experiences of unity and was freed of long-lingering back pain.

How critical to your spiritual awakening was the trip to the Giza Pyramids?

My experience in the sarcophagus of the Great Pyramid of Giza was the immediate catalyst for committing myself to a new and only vaguely imagined path. It was a life-changing moment of surrender to the call of spirit and commitment to spiritual service.

What kinds of experiences opened you up spiritually?

As a teenager I was blessed to listen to mystic and theologian Rev. Howard Thurman preach every Sunday. After a rift in my marriage, I realized I had to find me, and when my son was a difficult teenager, I knew I had to let go. When struggling with back pain, I discovered the power of meditation, affirmations and acupuncture.

My spiritual life opened up dramatically when I released the pain of past lives with a Santa Fe healer, met an Indian guru, had an encounter with Jesus in Israel, meditated at the temples along the Nile, lay in a sarcophagus in the Great Pyramid of Giza and prayed on Valentine’s day at the top of Mt. Sinai. Spending 3 weeks at an ashram in India helped me to let go of emotional baggage I no longer needed, dive deeper into experiences of oneness and to heal the pain in my back.

For you, is helping people spiritually on a par with your previous time spent in helping the poor?

Yes. I began to understand that conditions would change only when people learned to share freely and support one another without fear of losing something themselves. I knew that someday I would leave the foundation to help people move through their fears and discover their spiritual connection with each other—just as I would have to learn to do that myself.

Were there those who were skeptical when you explained how you had healing gifts?

Yes, people are often skeptical to this day. But it’s interesting what has happened when people need help.  One skeptical lawyer friend became ill with the flu while we were on a ski weekend. I offered to give him an acupressure treatment through his shirt, while he sat in front of the fire with his friends. The next day he was back on the slopes and offered to go on the Today Show with me!

How did your family and friends react during your transformation into a healer? 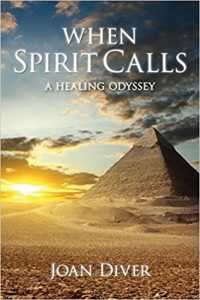 At first, my law professor husband was skeptical of my seeing healers and a guru, and was afraid I would leave him to go my own way. But then, he had his own past life and other healing experiences—even with me! By the time I made the decision, he said I was “blessed” to have heard the call. My father advised me not to leave the foundation. My staff at work would ask me to help them when they had headaches or kidney stones. Healing physical ailments was just the first stage in my learning. When I announced that I was leaving the foundation my colleagues were shocked. But some of them became my clients!

Do you have any particular mentors? How did they help you in your odyssey?

Howard Thurman, grandson of a slave, mystic and spiritual mentor to Martin Luther King and other civil rights activists, was my childhood minister and family friend. Many others helped me in my journey, including Chris Griscom at the Light Institute in New Mexico, Barbara Gluck of the Global Light Network, Episcopal priest Rev. Spencer Rice, spiritual counselor Deborah Mangelus, and, more recently my naturopathic doctor, Jacqueline Yang.

Do you believe that our emotional, intuitive, and spiritual side is just as important as our rational thoughts?

Yes, it is important that the rational be balanced with the emotional, intuitive and spiritual. Intuition, if grounded in love and respect, can often be more “correct” than a rational approach. I have had so many experiences where I took a step that others didn’t think rational – like leaving the foundation, or waiting a day to make a critical decision—but that was absolutely the right thing for me.

If someone doesn’t necessarily consider themselves spiritual or religious, do you believe what you learned can still be helpful?

My experience can help readers understand that there may be many dimensions to their illness or pain —or to the obstacles in their family or work lives— beyond what they now understand.  At the same time, they can see how the growth in my spiritual life paralleled my successes at the foundation. And perhaps they can be inspired by how forgiveness in my marriage forged a lasting relationship that is a treasure beyond measure.

What is the message you want readers to take away from your story?

Our world is in a time of chaotic transition. Yet, as the title When Spirit Calls suggests, there is a spiritual force in the universe that is ready to guide us if we can only listen and have the courage to follow. That spirit may speak through our emotional and physical pain, as well as the events of our everyday lives. And it can lead us on a path toward inner and outer peace and to understanding the power of love and the underlying unity of all.

ABOUT THE AUTHOR: Since leaving her position as Executive Director of the Hyams Foundation in Boston, Joan Diver has offered healing to seekers, led contemplative and healing church ministries, partnered with her husband, Colin, in his roles as Dean of Penn Law School and President of Reed College, and been an advisor to an upcoming film on the life and wisdom of Howard Thurman. She and Colin now live in Boston where they are still considered celebrities for their story in the Pulitzer Prize-winning book, Common Ground, which was made into a TV Mini Series. Joan, a Wheaton College, MA graduate, has also been featured in People Magazine, The New York Times, Boston Globe, Boston Magazine, Christian Science Monitor, The Philadelphia Inquirer, and on CBS TV. When Spirit Calls is her first book.