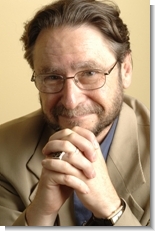 1. What is Before Buddha Was Buddha about and why did you write it?

Before Buddha Was Buddha shows that the Buddha started out just like us. He struggled with shortcomings, made mistakes, had to make difficult choices but, by working on himself and owning his errors, he matured to the full wisdom and compassion of Buddhahood. Drawing on forty-five years of Zen practice as well as on a lifetime of professional storytelling, I felt that it was time to make the point that to be like the Buddha means that we, too, should accept the challenges of our lives AS the Path, not see them as obstacles TO the Path. I also felt that the Buddhist jataka tales of the Buddha’s past lives can help us walk our own Path of realization today and that the time was ripe to re-introduce them as the serious and useful allies on the path of spiritual practice they actually are.

Additionally, Buddhist practice can seem separate from daily life. Zen can appear “monastic” in atmosphere and “samurai” in spirit. Jataka tales, past life stories of the Buddha, reveal the human heart of the traditionand help us develop a fully awake and alive Buddhist practice in our lives, just as we are. They bring Buddhist practice down to earth and can, in the process, help us live more fulfilling lives.

To sum up — The smiling Buddha on an altar is the image of someone who did the work, facing the life challenges that came his way. And, so, became, “The Buddha,” the Awakened One. Jataka tales—stories of the Buddha’s past lives—show that work in process, the decisions and efforts required to make it real. They show that difficulties were the foundation of his path, not obstacles to it. And they show that, just like us, the Buddha struggled and made mistakes. Engaged and active, these tales, which tradition holds were told by the Buddha himself, can, like Zen koans, help us realize and embody the Way. So, anything we’re dealing with today in our lives given the Buddha’s long path to full realization, he, in some life dealt with, too. Nothing then excludes us from the path of practice. We don’t have to become anything special or be different than what or who we are right now.

Zen does not ask us to get rid of ourselves or to become another, better, more spiritual self. Rather, we are asked to realize the self that is us to the very bottom, just as we are. The point is not to free us to do what we want when we want . . .The aim is to free us from ourselves . . .from our obsessive, habitual, compulsive, anxiously cramped interest in ourselves, in who we think we are, and what we think, or have been taught to think we want. Zen is not about contemplating navels. It is about releasing not just navels but eyes, ears, noses, tongues, bodies, minds. It is about realizing the freedom that has been ours from the start.”

He faced lust, greed, and self-doubt, as well as various temptations to split and run and take an easier path. He faced into his own self-centeredness and defensiveness. He worked with and on his own shortcomings rather than trying to hide or escape from them. He faced his own wavering mind and numerous attachments as well as his own lack of inner strength, commitment, and will, as well as his own powerlessness in the face of the suffering he saw all around him. And in each case he did not turn from what he uncovered, but faced it unflinchingly and worked with it, improving as he went, two steps forward one step back. The positive aspects of such struggle lies in the willingness to face failures and shortcomings and then,rather than just moving on, trying again and again to do better until an error is overcome or a habit of selfishness or inattention is matured into a stepping stone toward greater wisdom and selflessness. The Bodhisattva (the Buddha in past lives on his way to Buddhahood) used what he found rather than trying to ignore his shortcomings. And so he matured.

3. The book also seems to humanize the Buddha.Could you talk a little bit about some of the more human qualities of the Buddha that most people might not know about?

See the above. He was just like us. He knew self-doubt, lust, temptations, attachment,hesitation to commit to what is best. All of it that we all know too well. The only difference, we might say, was a deep determination to become fully human,to mature fully, and to allow the deepest vow, the vow of the Bodhisattva to awaken and be of benefit to all, to come to the front in his actual life and not remain a distant ideal.

4. Many spiritual teachers talk about life being able to be peaceful or contentment, but don’t talk about the challenges or struggles we face. How can find peace and contentment in life eventhough we are facing serious challenges and struggles such as financial difficulties or relationship problems?

Without facing the issues and difficulties of our lives as well as the difficulties of the Path that we’ll encounter in spiritual training and practice, we may never fully mature, never become truly capable and less self-centered human beings, able to be of benefit to others. So without a degree of effort of dealing with and maturing through our difficulties how can we know real contentment? Often what we end up with is a kind of fragile peace that is all-to-easily threatened and disrupted by the painful and challenging things that inevitably happen in every life. Rather than settling into the peace that is there beneath everything, we can end up trying to preserve and protect the little bit of peace we’ve managed to gain. But such holding on is itself not peaceful.To find the peace that is our birthright we should follow a Path of practice, find a reliable teacher and a community of practice that can nourish and support our aspiration. And then, daily, we should meditate, keep at it in the midst of our difficulties, forge, moment by moment, a connection with real peace by being really present right there, right where thoughts arise and our difficulties can and must be faced.

5. What has been the most important spiritual lesson you have learned about yourself throughout your spiritual journey? 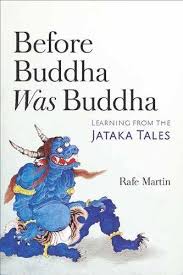 That what I call “myself” is both a lot less and a lot more than I thought. Also that by continuing on a path of spiritual practice understanding deepens and the capacity to act on that understanding becomes more accessible and natural. And that sometimes difficulties may be the very thing we need to get us to let go of old, outgrown habits and become more awake and fully alive. So,the most important lesson has been, “Don’t give up. Continue on!”

AND – for the latest Before Buddha Was Buddha: Learning From the Jataka Tales was just featured in Forbes on-line in an article on how to deal with Trump’s war on Truth!! How about that for the relevance of thejataka tales!!
https://www.forbes.com/sites/stephaniedenning/2018/07/31/dealing-with-president-trumps-war-on-truth/#42038c4773bc

Rafe Martin, founding teacher of Endless Path Zendo, Rochester,NY, began Zen practice in 1970, becoming a disciple of Philip Kapleau Roshi (ThreePillars of Zen) and the editor of his final books. After Roshi Kapleau’s retirement Rafe trained for several years with Robert Aitken Roshi. Completing the Diamond Sangha/Harada-Yasutani koan curriculum with Danan Henry Roshi, founder of the Zen Center of Denver, he was sanctioned by him to begin teaching in 2010, receiving full Dharma Transmission in 2016.

Rafe is also an award-winning author and internationally-known storyteller. He is the recipient of the Empire State Award for the body of hiswork, as well as multiple American Library Association Notable Book Awards and Parent’s Choice Gold Awards. He has been featured at such storytelling events as the Joseph Campbell Festival of Myth and Story, The Sierra Storytelling Festival, and the National Storytelling Festival. He is the father of two grownchildren and lives with his wife, Rose, in Rochester, NY.