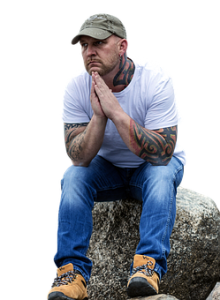 What is an addiction? You might think of people becoming hooked on illicit pleasures like narcotics, or the legal but equally addictive smoking habit that is so hard to break. If you take a look at the news media, it seems pretty much any human interest or activity can become an addiction. For example, you’ll find stories about gaming addicts who play their lives away, chocoholics who can’t do without their confectionary, and TV junkieswho devour box sets in a single sitting. You’ll often hear people around you claim they are addicted to foodthey like eating, or they’re hooked on Sudoku. Are these really all addictions, and if so, why has addiction become so prevalent?

There are both physiological and psychological aspects ofwhat we commonly call addiction. There are physical changes in the body chemistry of an addicted person that can be detected when they are examined and tested. These changes are part of what makes withdrawal effects so hard to deal with, as they can involve nausea, pain, and muscle spasms during the period where the body is readjusting its chemical balance. Psychological dependence can arise even if there are no physical changes, as a person arrives at a point where they can’t get through the day without whatever it is they are addicted to. Addictions and dependencies all have psychological aspects, and some have physiological ones as well, so the old understanding that addiction was physical and dependency was psychological has become less well-defined. In the medical world, dependency is now used to describe a state where a person struggles to cope with life unless they can indulge their desires, whereas addiction is the state where the desire has become the sole focus of a person’s existence.

Most addictions are dependencies

When you understand what true addiction is, it’s clear that most of the activities and interests we call addictions are dependencies, and in many cases not even as serious as to warrant that term either. They might more correctly be seen as intense interests or maybe obsessions to a degree, but they won’t cause the life-altering problems that full-blown addiction or serious dependency would. Having said that,there are still worryingly high numbers of dependants and addicts in the modern world. Lives are being seriously affected, and in many cases ruined or lost because of addiction and dependence, yet these are illnesses that could be avoided if we could prevent the behaviors that lead to addiction and dependency getting started.

Physical and psychological factors in addiction

If you take smoking as an example, you can see how these habits take hold of people, even when they know that it will cause them harm. Teenagers are going through a process of dramatic change, and part of this shift involves the separation of child and parent to prepare the child for life as an adult. That’s one of the reasons teens can be rebellious, and undertake risky behaviors. Young people often come under pressure from their peers to prove they belong, or that they’re tough and independent, and one way to do this is to smoke cigarettes. They’re forbidden and dangerous, and thus have a fascinating allure for young people. By the time they have matured enough to realizethat smoking is affecting their health and costing them a lot of money, they have become physically hooked as well as psychologically requiring the maintenance of the smoking ritual.

For addictions and dependencies that lack such a direct physical effect, the main motivation is that these are benign activities that are a perfectly normal part of life. In most people, participating in them leads to no harmful side effects; for instance, having a flutter on the races now and again or placing a bet on who you think will win the Superbowl or the World Series is a harmless bit of fun. You can take a trip to Vegas and play poker, or have a binge on the slot machines and enjoy a fantastic time with your friends, and never think about gambling once you return home. But for some people, the urge to place bets becomes a gambling addiction, taking over their lives to such an extent that they can become seriously in debt and have been known to steal from friends and family, and even defraud their employers to feed their addiction. So what is the difference between the people who can take it or leave it, and those who become problem gamblers?

Why are some people more susceptible to addiction than others?

This is the $64,000 question! If it were possible to isolate a specific cause for an individual’s problem with addictive behaviors, then maybe it would lead to therapies that would effectively prevent or treat those who are prone to addiction. For example, if a gene could be isolated that caused addiction,then therapy could be developed to reprogram or replace the undesirable gene. However, the idea that gene therapy could cure all of humanity’s problems is far too simplistic compared to the reality of how genes work. There has been extensive research performed over the years to try and get to the root of the issue, but it seems there could be a combination of factors combining in certain individuals that make them predisposed to addiction. People who have experienced a difficult or traumatic upbringing are often more susceptible to dependencies, which can take many forms, including being in a co-dependent relationship. It has been argued that the reduction in spirituality amongst western societies has also contributed to the increase in addiction. There could be some validity to the theory that lacking a religious or spiritual belief leaves a gap in your life that then gets filled with hedonistic pleasures.

The allure of escapism can be a very powerful temptation when you are having problems coping with life, or you’re looking for a way to relieve stress or have some fun. If the rewards – be they physical, psychological, or both – become more satisfying than the rest of your life, you could be in danger of retreating into this world and losing yourself to your habit.