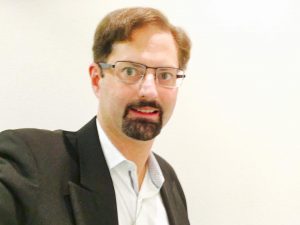 1. What is Modern Machiavelli: 13 Laws of Power, Persuasion, and Integrity about and why did you write it?

Our book was inspired by a paradox. In our psychotherapy and consulting work, we noticed that in certain situations many highly desirable qualities – often associated with relational success – were disadvantageous! Prosocial qualities like honesty, loyalty, reliability and generosity were not effective when dealing with people who outwardly played by the rules, but had selfish, manipulative or exploitative motivations. One marketing coordinator told us about a trusted colleague who betrayed her by cancelling a meeting with a client and then making it her own. In another case, a skilled salesman for a water purification technology company was fired during budget cuts, but the salesman who used dishonest tactics (contaminating water tests) had higher numbers and got to keep his job. These individuals did the common-sense things to rectify their situations, but without success. We learned not to underestimate clever, ambitious, selfish individuals able to make themselves look good to others while ruthlessly targeting whoever gets in the way of their objectives. Some of our clients felt demoralized because the “selfish” people they knew seemed to get promoted, make more money, and have more friends than them.

As we studied this social paradox we identified several social errors that made “good people” vulnerable to deception and aggression. We tested new strategies for interpersonal success in real-life situations. We boiled everything down to 13 principles that can help people become more effective and strategic in social interactions; not only to protect themselves from being taken advantage of by others, but to thrive and succeed without sacrificing their integrity. The purpose of our book is to help others become more strategic and worldly-wise, without asking anyone to compromise their core values.

On an individual level, unwritten rules take the form of hidden agendas. People do not always say what they mean because they conceal their motivations. For example, an unwritten rule from one co-worker to another might be, “I will oppose you because you are competition.” No one ever says it out loud, but it drives behavior. An unwritten rule in a personal relationship could be, “I will ignore you until I get my way.” We are at a huge disadvantage when we just pay attention to what someone says without identifying the unwritten rule. It is not always obvious or easy to decode unwritten rules. Our book helps the reader figure it out.

3. What are effective ways to influence others in a way that has integrity without manipulating them into doing something they don’t want to do?

The best way to influence others is to appeal to their self-interests. Everyone has self-interests and there is nothing wrong with this fact. Selfishness is different. As an example, it was in my self-interest to have coffee this morning, but if I stole your coffee, then I acted selfishly. Appealing to someone’s self-interest is much more likely to result in success than any other method. This is not as simple as it sounds. People admit prosocial motives, like, “I want to run for city council to help the city,” but they do not admit less virtuous motives like, “I want to run for city council to promote my business.” But if we can identify the hidden motive, we can sometimes appeal to it for our own success.

There is a time and a place for ethical manipulation. When you use someone else’s greed, deception, or selfishness against them for a positive outcome, you are using your knowledge of someone else’s psychology to for a higher purpose. For example, selfishness is often kept in check by fear of punishment. Many people would steal from their employers if they thought they could get away with it; when they are reminded they could lose their jobs or go to jail for stealing, their fear is manipulated to ensure good behavior. It is no different when you use a selfish person’s own weaknesses to get them to act in a certain way.

One woman I will never forget was “Jane,” a chef and manager of a fine dining establishment in a large casino chain who had conflict with one of the corporate directors. He asked her to put his niece on the swing shift, but she refused because of the seniority system. Following that conversation, Jane noticed that the Director began acting coldly toward her and closely scrutinized her work for mistakes. Shortly afterward, and for the first time, she was written up over a technicality. She began to worry about her job security.

Jane considered complaining to human resources or “having it out” with the Director. But this was too risky. It was obvious that the Director was pushing for favoritism on behalf of his niece. I asked her to describe his self-interests. Jane knew that he really looked forward to his bonuses. On the negative side, he hated dealing with personnel problems. In fact, he had always liked how Jane seemed to shield him from the problems of regular employees. We then developed a plan based on these observations.

When Jane returned to work Jane she began her conversation with the Director with a specific, sincere compliment. She thanked him for ensuring the success of the restaurant by taking care of things behind the scenes so she was available to freely run things without worrying about any administrative matters. She said that she wanted to do the right thing and make sure that his niece got a chance to prove herself. However, she expressed concern that the customers would be served better with a more experienced waiter during the busiest shift. She pointed out that the single busiest shift generates thousands of dollars per table. She explained that the typical customer has high expectations and that their satisfaction means better feedback to management. She noted that both of their annual bonuses were based upon restaurant income and customer satisfaction. She added that if the senior waiter was passed over he would likely repeatedly complain and it would rise to a level where it would become the Director’s problem.

After voicing these concerns, Jane proposed that the Director’s daughter be given the preferred shift two days a week on a trial basis in addition to filling in on that shift as needed. If this worked out well, she could be considered for future opportunities. The Director stated that if that was the best that could be done he might as well approve it and that she should carry it out at her convenience.

For a while Jane lived under the illusion that she had a reciprocal relationship with this executive; that is, she assumed that if she treated him with respect that he would treat her with respect. Unfortunately, while expecting reciprocity sometimes proves effective, in many cases it puts you at a great disadvantage. The truth is that other people think their needs matter much more than your own and you must expect them to act accordingly. Jane learned that it is best to appeal to someone’s self-interest to get something done.

Most people dislike conflict, so they try to avoid it. But this is a big mistake. Conflict happens sooner or later, whether we like it or not. Think of it this way: nothing good in life really happens without including other people. But including other people means different ideas and opinions. So simply avoiding conflict is a bad strategy. Chapter 7 of our book begins with the thesis knowing how to deal with it is more important than knowing how to avoid it. This is true for people in organizations and within personal relationships. Usually the higher the goal, the more there is a potential for conflict. 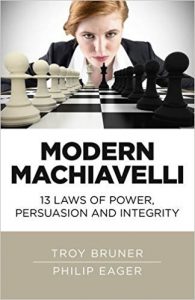 Just as we are hard-wired to be aversive to physical pain, our psyche reacts to protect us from mental pain. Some examples include minimizing, denial, and blaming. There is something called the self-serving bias that involves taking credit for our successes, but externalizing blame for our failures, e.g. “My ex-boyfriend liked me because I’m a catch, but he left me because she is he can’t commit.” This kind of sentiment protects our ego, but it is not correct every time. Another example is the halo effect. This occurs when we like a trait in one person, for example intelligence, and extrapolate other positive qualities. It’s a form a favoritism. But just because someone is attractive or intelligent does not mean they are “nice” or moral. Intellectually we know these things, but on an experiential level they are hard to catch because they happen automatically.

Biases interfere with interpersonal success because they make it more difficult to view things objectively and rationally. If I am a supervisor, I might promote someone based on the belief that if they excel in one area, like sales, they should succeed in another, like marketing. But this could be a mistake. Biases are rarely conscious experiences. No one wakes up one morning and thinks, “Today I will believe something wrong.” But success in life – especially on a social level – requires us to acknowledge harsh realities, admit our biases, and work hard to think as objectively as possible

6. How did you get interested in all these topics and what has it been like for you to help other people navigate these interpersonal dynamics?

When I was in private practice I developed a reputation for working with business professionals. I was amazed to learn that regardless of personal achievements, many struggled within interpersonal relationships. They did everything I asked them to do in terms of communication, thinking rationally, and managing emotions. At one point, I had to throw out the psychobabble handbook and dig deeper. I discovered that most of them had gone through life experiencing reciprocal relationships. Sure, most encountered a bully or narcissist here and there, but overall, if they worked hard, they got rewarded and acknowledged. They were generally treated well by others. But these experiences had a downside; when their expectations were repeatedly unmet, they didn’t know what to do. They were totally thrown off course by deceptive, manipulative and antagonistic individuals. They kept trying what had worked in the past – forms of reciprocity, like direct communication or compromising – only to get stepped on over and over. But they didn’t know what else to do. What do you do when someone else doesn’t play by the rules, but gets away with it? That interested me. Neither me nor any of my colleagues had really been taught in graduate school what to do when conventional interpersonal and psychological methods do not work.

I’m hoping to be part of a much bigger paradigm shift. Now is the time for people of integrity to start winning. Our success is critical to changing the world. It is not good enough to avoid conflict, compromise, or react situationally. When people of integrity abandon a challenge, the strong and selfish fill the void and the world becomes a worse place. But when people of integrity succeed, the ripple effects are substantial. We can only maximize our success by learning and using effective interpersonal strategy.

Unfortunately, success in life does not necessarily depend upon whether someone is selfish or not. Many individuals with selfish or even toxic personalities are successful. This happens because our culture is very outcome focused. For example, if a highly competitive person uses shady tactics to sell something, he or she might be rewarded and promoted over the honest person with lower numbers, as long the people in charge to do notice too many problems. This presents a dilemma: The advantageous thing to do is not always the right thing to do. Merit, by itself, is not always enough to produce success. Real success requires effective interpersonal strategy and the use of specific methods to confidently engage others. This can be very difficult because other people do not always play fair. Our book, Modern Machiavelli, teaches you how to do it.