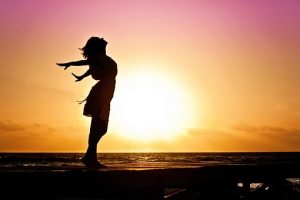 Apparently, there are more and more centenarians in the world nowadays. Although the development of education, medicine and technology probably had an impact on such statistics, lifespan relatively depends on genetics and medical history, but also on both yours and your parents’ life habits. However, apart from regular physical activity, healthy diet and good night’s sleep, there are also many simple mindset changes that could help you live longer. I did a little bit of surfing and made a list of, to me, the most amusing ones.

The Duke University Medical Center published the study that indicated the connection between marriage and early death. Apparently, midlife death is more common among people who have never tied the knot. It can be said that having someone aside you usually means having someone who supports you emotionally and help you cope with stress and negative feelings. However, in case your relationship isn’t as harmonious as it should be, saying “I do” can have an opposite effect since it can lead to bad health. Hence, don’t settle down only because it’s the right thing to do, but take your time and think it through.

Not only do you need to get a pet, but also love it and pet it in order to experience its health benefits and prolong your life. The study conducted in the US including people working at stressful job positions revealed that those who had a pet also had a considerably lower heart rate and blood pressure. Another studies showed that cat-owners are less likely to have a heart attack, while dog-owners are better at dealing with depression. But, why is that so? It appears that making the connection with your pet can lower the level of cortysol – stress hormone, but increase the level of oxytocin – happy hormone. Even the American Heart Association publicly revealed what health advantages we can expect from hanging out with our animal friends.

Going shopping regularly isn’t just a need or a hobby anymore, but the so-called retail therapy too. According to the research conducted in Taiwan, shopping on daily basis can increase life expectancy. Including both men and women over 65, the study showed that everyday shopping reduced the death risk for both genders – 23% for females and even 28% for males. Obviously, these benefits have nothing to do with cluttering your home with stuff. It’s all about getting around, so it doesn’t matter whether you buy something or not.

In addition to the previous point, getting busy more frequently could add some more candles to your birthday cake. After investigating 1165 middle-aged men in 2010, the experts said that those who had sex 2 or 3 times a week had lower risk of heart disease in comparison to others that had sex only on monthly basis or even less ordinarily. Other scholars based their research on women and claimed that enjoying sex could increase longevity among them for 8 years. The truth is that sex is a physical activity that reduces the risk of cardiovascular diseases, leads to better sleep quality and improves your immune system.

Move to another country

Although there’s no evidence that migration can increase longevity, there’s a proof that it can affect your perception of your life span. New country means new culture, new language and new rules. It represents an entire new world to explore which will keep your mind active and curious. Loading it constantly with new information and experiences will give you a sense of having more years lived in comparison to constant repeating of same routines. However, moving to another country isn’t always an easy process and can demand particular visas and paperwork. Therefore, it’s highly recommended to consult a team of immigration lawyers and solicitors if you decide to follow this tip.

Your brain needs a good work out as much as your body. By keeping your mind alert and active, you prolong your good cognitive functioning. Apart from socializing, taking up hobbies or doing puzzles, a great way to shake up your mind and boost your memory is to learn a new language. Learning a new language has an impact on memory according to the studies, since it implies absorbing new vocabulary and grammar rules. And, eventually, it can lead to the prevention of dementia and Alzheimer’s disease.

There are different studies on connection between education and longevity that came out with similar results. The study conducted by Harvard University analysts reported that people with minimum 12 years of education live longer than high school drop outs. Accordingly, only 1 year spent at college may prolong life up to 18 months. Another analysis showed that Bachelor degree can add up to 9 years of life. Therefore, don’t be lazy and work on your education.