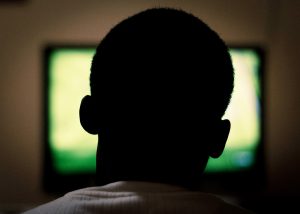 A study from Business Insider found that 14% of us admit to streaming TV shows illegally – although the true figure is thought to be higher. Most illegal TV streaming sites can be easily found with a quick Google search. This convenience is what draws most people to illegal streaming. However, there are lots of negatives to using these sites that most of us don’t consider. Here are just a few…

You could argue that TV show producers and actors aren’t exactly financially struggling. And on an individual basis, one person illegally streaming isn’t going to make a big difference. However, lots of people illegally streaming can have effects on profits that can affect people further down the chain.

You could get in legal trouble

The risk of getting caught may seem slim streaming illegally may seem slim – and indeed it is. You may even wonder who would bother taking action against an illegal streamer. Haven’t law authorities got better things to do?

Well, whilst the police are unlikely raid your home for illegal streaming, cases of production companies suing illegal viewers and file sharers are on the rise as this article https://torrentfreak.com/first-popcorn-time-pirates-settle-with-movie-studio-151018/ shows. Whilst these production companies know that they can’t sue everyone, they’re now taking steps to make examples of certain people. Settlements usually come to around $3000, with some even exceeding $14,000. Compare this to the meagre cost of a few dollars to rent out such a TV show or stream it on a legal platform.

You could be putting yourself at risk of viruses

Illegal streams and file shares can often put you at risk of viruses like malware. In fact, research covered by Wired discovered that almost half of illegal sports streams show malicious ads.

Whilst some of these viruses may only apply to computer owners and may do nothing but slow down your PC, many are more dangerous and could put you at risk of data theft. New viruses are constantly being developed to target smartphone users and smart TV owners. Opting to stream legally could save you from these security risks.

The quality is poorer

Quite often the quality of these streams is sub-par. It’s not uncommon for TV shows to be uploaded in grainy quality or for the end of the programme to be cut off. You may even come across illegal streams that are completely the wrong programme or have been uploaded in a different language.

When legally streaming a TV show, you know that you’re getting the best version available. You don’t have the hassle of searching for good quality. There are high-quality broadband internet providers that allow for the
best streaming. Neither do you have to put up with the frustration of watching a programme only or the end to be cut off.

What to do instead?

There are plenty of legal streaming platforms out there. One of the biggest platforms is Netflix, which you can sign up to here https://netflixupdate.com/netflix-customer-service-phone-number/. These platforms can not only give you a wide selection of shows to stream, but they can also recommend you other shows to watch.

Meanwhile, for those TV shows that aren’t available on streaming platforms, why not buy or rent them? DVD box sets still have many perks, including behind the scenes extras and other bonus features. Some can even be good investment, with many limited edition box sets from yesteryear now worth a lot more than their original sale value.

You can also buy these TV shows online. The likes of Amazon also offer the chance to rent many TV shows. Rentals are often much cheaper than buying TV shows and may allow you a taster so that you don’t end up buying a whole series that isn’t for you.

Then of course, there are lots of cable TV options. Whilst mainstream ones may be pricier, there could be other less known versions that are cheaper and worth trying.