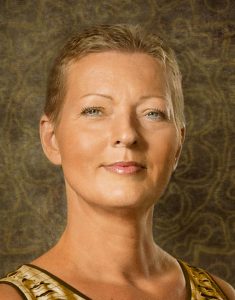 1. What is “Golden Age, Golden Earth” about?

With the dawning of the Golden Age, which began with the end of the Mayan Calendar the 21st December 2012, the Golden Energy and its materialization power deep inside Planet Earth have started to become active. This means that all humans who are ready to live a life of love, balance and harmony can now, as a part of their life purpose, use the Golden Energy in a constructive and positive way for the benefit of the Earth and of mankind.

Planet Earth is the epicenter of the integration of all energies and knowledge in our solar system, and now the Earth has become responsible for all future development here without other parties interfering. This is where the Golden Energy will play a major role, and this book gives you essential new insight as to how you fit into the bigger picture.

Planet Earth is home to a dualistic energy, where everything is divided into spirit and matter, light and dark, good and evil, etc., and most important of all, Planet Earth is a pure and holy planet with a unique development potential. This book explains the fusion between the spiritual and the condensed material energies here, so you can better succeed in daily life, where the Golden Life Force will always support you, if you respect and support Planet Earth.

2. Why did you write the book?

I wrote “Golden Age, Golden Earth” because I believe that essential information is missing in many spiritual books on our planet’s very important role in the overall cosmic development plan. Apparently, most spiritual people tend to think that Planet Earth needs help to raise its energy level, but actually it is not the Earth that needs help. It is the people living here who need help, and it’s not just the most primitive people who are in urgent need of help.

Very spiritual people also need help, because they have to be fully grounded to be able to materialize whatever they are born to do in life. That’s one of the main reasons why many spiritual people have had big challenges in their lives so far, so they could feel deep down at cell level that things are not always as easy to change on Planet Earth as they were told before they were born here, depending on where they originally came from. As you can probably read between the lines, spirituality and balance can be interpreted in many different ways depending on who the viewer is, and I want to help spiritual people become more conscious about how things actually are behind the stage.

I have met many people who have done all they could to contribute to make this Earth a better place to be for many others than themselves. They have each in their own ways changed society and influenced other people in many different and positive ways. On a personal level I therefore have great hope for the future, because I have seen what is possible to do when you know how to cooperate with the Golden Energy. I have met people who due to a very strong will have survived circumstances that people would not normally survive. I have helped lots of adults to transform their auras and lives so they became stronger, much more balanced and more updated in their energies and personal radiance, just like today’s children, so they could influence their own and other people’s lives in a powerful and balanced way.

4. How would you explain all of the suffering, tragedies and difficulties that human beings are facing now?

A New Crystal-Golden World Order is here now whether people like it or not, and it doesn’t accept unbalanced life conditions in any place. Therefore, visibility on everything that needs to be changed is a MUST, so people know what needs to be changed. Things have been bad here for a very long time, so the big difference between the past and now is that now we can no longer convince ourselves to believe that things are better than they actually are. If something is really bad, it has to be changed, so in fact visibility is our best friend when expanding the overall consciousness on Planet Earth.

In the “good old days” nobody outside the local society knew how bad things were, but today with the help from the Internet and social media, we are much more aware of what is going on in other places on Earth. That’s the reason why most spiritual people have to understand that first they have to be grounded to connect with the materialization power in Planet Earth, and then they can start fulfilling their life purpose helping other people around them who are stuck in the Old World Order without being able to slip out. Sometimes you have to dig very deep in the earth or the dirt to find a true diamond, and if you don’t do the hard work, you will never find the diamond and help it to get out of the dense and dark material energy that it has been surrounded by for centuries.

There are so many beautiful diamonds and people in all countries around the world, who need help from those who believe they are here to help raising the overall energy of Planet Earth. So those who want to help should cooperate with the Golden Life Force in Planet Earth instead of calling for help from above. The Divine Force is right here in our amazing planet, and many spiritual people still ask for help from outer space. Almost like when you move to another country and still call the local authorities in the place you were born to get help with matters that relate to the new place you live in now.

5. What advice would you give to someone who feel cynical or pessimistic about mankind right now?

I would ask them to connect with the Golden Life Force in their bodies and in the Earth and not connect with any other energies outside of our planet. This place is where you live, and you have all wished to be born here to test your ability to materialize whatever you believe in and who you are. So do it – and if you are not satisfied with the results, then change your life plan. You always have a free will to contribute in new and better way than what was your original plan.

Whenever you try to make this place a better place to be for yourself and others, you will succeed. If you don’t contribute at all, the energy will go in a different direction. It means that it is now possible for us humans to succeed to a much greater extent than we have ever been able to before, as long as we have positive intentions and think holistically in everything we undertake. It is important that we do not do things exclusively for our own gain but that each of us tries to contribute the best we can to raise the levels of balance, consciousness and knowledge all over Planet Earth.

6. How have you experienced The Golden Energy in your life and what sort of impact has it had on you?

When the Golden Energy was finally released in Planet Earth at the end of 2012 I felt a great relief, and it changed my life completely in so many ways. It was like a lot of doors that had been closed for years suddenly opened all by themselves. The timing was right for something completely new to happen.

I have even noticed pure Golden Life Force in more people than ever before. The energy has been there the whole time, but it has not been activated and therefore not been useful in any way. The love-intelligent and overly responsible Crystal Energy had to be integrated first, so the Golden Energy can be used in a high-frequency way and not just to earn much more money. The purpose of the Golden Energy in your body is to fulfil your Dharma and assist Planet Earth in its overall integration and development plan for the benefit of our solar system and the whole Cosmos.