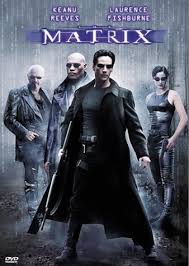 One of the most shocking movie that I’ve seen is the movie “The Matrix (1999)”. It completely changed my world view. There is no wonder that it is 18th top rated movie on IMDB and has won 4 Oscars. If you have not watched this movie yet, I will urge you to watch it right now. Leave everything else! Here, I’m going to share some of lessons & inspirations I’ve got from this movie. I will be quoting some wise quotes from it. Let’s start:

Mouse: To deny our own impulses is to deny the very thing that makes us human. Being human means we have flaws and we do mistakes. We have feelings and emotional needs. I have been running from greed, anger, desire, money and other things. I think I was doing it wrong. This is human nature, to desire for better things. I can’t run from it. So, I just accepted it. There is no harm in earning a lot of money. There is no harm in talking with strangers. If you feel right doing it, do it. And don’t judge others. They are doing the things they are doing because they felt doing it. Under their circumstances, I might end up doing what they did.

Spoon boy: Do not try and bend the spoon. That’s impossible. Instead… only try to realize the truth.

Spoon boy: There is no spoon.

Neo: There is no spoon?

Morpheus: Neo, sooner or later you’re going to realize just as I did that there’s a difference between knowing the path and walking the path.

This is the most shocker quote. I’ve always liked action stars like Jackie Chan and Tony Jaa. I would think they have natural gift when they would beat up the guys so effortlessly. And, I joined martial arts, hoping to learn it all. I knew the path, but when I started walking on the path, it was different. Disciplined hard training every day, every week is what makes Jackie Chan a success.Every student knows that he has to study to pass the exams. But, actually studying for exams is whole different story 😉 What I want to tell you is:

When things don’t work according to the plan, remember this quote. Don’t give up too early.

Morpheus: Have you ever had a dream, Neo, that you were so sure was real? What if you were unable to wake from that dream? How would you know the difference between the dream world and the real world?

Most of our fears, stereotypes, negative stuff and doubts come from media sources. Be it newspaper, magazine, TV, movies, horoscopes etc. It forms filters in our mind as what can be done and what can’t be. Advertisers are all behind us to make us buy certain products. But thanks to Tim Ferriss I’ve stopped consuming all these. Now, I go out and test everything myself. I’ve waked up from these dreams.

Cypher: You know, I know this steak doesn’t exist. I know that when I put it in my mouth, the Matrix is telling my brain that it is juicy and delicious. After nine years, you know what I realize?

[Takes a bite of steak]

Well, selective ignorance is bliss. If you don’t watch Game of Thrones, sky is not going to fall on you. Just count, millions of books, thousands of magazines, thousands of movies & TV shows. You can’t consume this all. So, focus on few important and leave the rest. If some news will be important, you will hear it anyway.

Morpheus: Do you believe in fate, Neo?

Neo: Because I don’t like the idea that I’m not in control of my life.

Morpheus: I know *exactly* what you mean.

This is what set Neo apart from others. He did not wait to have someone save Morpheus. He himself went out there and rescued him. The outputs we get may have two ingredients: Fate + Our Efforts The only thing we can control is our efforts. If fate is on our side, good. If not, still good. Be prepared.

Morpheus: I can only show you the door. You’re the one that has to walk through it.

No one is going to walk through the door for you. I mean if you are learning singing, no one is going to sing for you. You want to improve, you put the hard work and you improve. So, don’t wait for things to eventually turn out. Start turning them out.

Trinity: Neo… nobody has ever done this before.

Most of the time, doing impossible is easier than doing what’s possible. After running for an hour, even 3 sets of 30 push-ups seems impossible. When you actually walk the path, you might end up doing 5 sets. Who knows?

Many times, truth won’t be easy. Many children when they find out that Santa Clause is not real, they get really upset. Many times you make mistakes, but it is harder to admit. But truth is truth, not easy. Very wise quote.

Rhineheart: You have a problem with authority, Mr. Anderson. You believe you are special, that somehow the rules do not apply to you. Obviously, you are mistaken.

She said exactly what he needed to hear in order to realize he was the one.

Here is what to do next…

That’s it. BTW, what were your favorite quotes from this movie? Let us know via comments.

Anyway, my name is Pankaj Solanki. I blog at Cinema Tyrant. Check out my best movies on netflix article. You can also connect with me on Twitter.