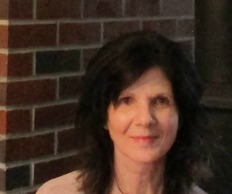 By Dhyana Stanley, author of The Human Experience is the Dance of Heaven and Earth

About a year ago while my daughter Michelle was visiting we watched two movies together and I was fascinated to observe her very different responses to them.

The first movie was about several troubled people. Throughout much of the film there was an undercurrent feel of paranoia with a building sense of conflict and during one scene in which two of the characters were wrestling my daughter covered her eyes.

The second movie we watched together was The Celestine Prophecy and during a scene where the main characters were caught in a cross fire between rebels and an opposing army my daughter said, “Normally, I would be covering my eyes during a scene like this but this time it isn’t even affecting me.”

We talked briefly about why that is and we came to the conclusion that the movie’s undercurrent message that ‘all is well’ was behind this very different response that she had.

Although the characters in the first movie were just wrestling, the undercurrent of fear hooked her into that fear. And although the characters in the second movie were in real danger of being killed, that story’s undercurrent of well-being contributed to her feeling that all is well regardless of what is happening. And, as my daughter pointed out, these two very different underlying messages were not only communicated through the words but through the music, the character’s body language, the camera angles etc. Everything in those character’s lives, so to speak, supported or was a reflection of how they felt about life.

The wrestling felt ominous because ‘life’ or the overall feel of life through those character’s eyes felt ominous. The gun fire, on the other hand, had a benign feel to it because the overall feel of life through those characters’ eyes carried a sense of connectedness with the universal intelligence of life. Even when they learned that some of their friends had died their sense that all is well did not waiver.

At each moment, whether we are conscious of it or not, we carry and communicate one message or the other – negativity or well-being. And depending on the message we carry everything in life tends to be in support of that – not only in the words we speak but the ‘music’ we hear in our head and from others, our body language, and the ‘angles’ of our perception.

Fear or negativity is an easy message to communicate, as well as hook into when projected by others, because so many of us still carry it. Many feel that negativity and judgment are normal and don’t think twice about feeling it and spreading it or hooking into it. The ‘music’ of negativity is stress, confusion and disharmony, the body language is contracted or puffed up, and the ‘angles’ of perception are myopic.

When we know and settle into well-being we can then communicate it and for those who are open they will recognize its ‘fragrance’ as their own – the ‘music’ is sweet, the body language accepting and the ‘angles’ of perception wide open. 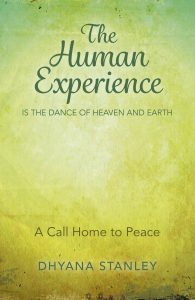 Dhyana Stanley, a former Christian missionary, is interested in sharing how the inner affects the outer. She found that attempts to work for outer peace while feeling conflicted inside did not work. When she discovered inner peace, however, she found that that peace could not help but integrate not only into all aspects of the inner but more fully into the outer.