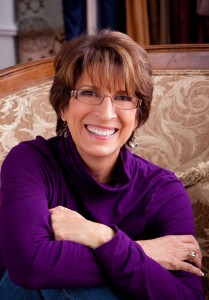 The Light of Grace is the story of an angel named Grace who is assigned to assist four humans: Mumbi, a prehistoric girl; Garth, a 14th century man; Arnina, who lives in the 21st century; and Alistair, who resides in the 26th century. Where did the idea come from? Why did you write this book?

I was quite taken with a novel by Jane Roberts, Oversoul Seven, which I read in my twenties. After all these years, I don’t remember much about the story, but the concept of an entity from the heavenly realm, given the task of handling matters for his human incarnations on earth, always fascinated me.

Eventually, I began asking, “What if?” Whether in meditation, daydreaming, taking a walk or in the shower, the characters seemed to start telling their story to me. I am sure other story tellers will share the same experience; once you open your mind to a potential situation for a tale, you become flooded with what wants to be written.

When I began writing the novel, I realized how this was such a beautiful way to explain timeless, spiritual truths. What was flowing out onto the pages would enable the reader to feel the great divine love there is for them, and how they are always attended to by angels.

Aelfraed is Grace’s loyal ambassador who assists the humans as different animals. For example he acts as Mumbi’s wolf spirit animal, and he lives as Garth’s pet dog. What is Aelfraed’s most important role to the humans? To Grace?

I believe animals are in a natural state of grace and bring a pure sense of presence to humans. When humans connect with animals, it takes them outside of themselves, away from their worldly focus. Animals make it easier to open our hearts: just look at how popular animal stories are on social media, and how they are used to rehabilitate prisoners and in therapy for the handicapped and veterans.

Aelfraed’s most important role to Grace is his ability to have an ongoing physical presence. Grace’s impact depends on her human’s faith to a great extent, but through Aelfraed, she is in the physical world with the humans.

How did you choose the different time periods and characters? Which human’s experiences did you have the easiest time writing? Whose story was the most difficult to craft?

These are time periods that fascinate me and that I feel a connection to. When I began the book, it seemed as though their stories were already decided—the characters, especially Alistair, were always there! Mumbi was the easiest: her story came to me swiftly, although I didn’t enjoy writing her struggles. In general, all the story lines had their difficulties, because I desired to be accurate within the world building for each time period. Garth’s story took the most research.

Have you had a personal experience with angels? Do you believe in reincarnation?

I have had many experiences in life that could be explained by some unseen entity, whether an angel, spirit, or a loved one no longer living: a tap on the shoulder, a flush of feeling someone is near, words whispered in my ear, items falling unexplained from a stationary place, a coin appearing in my empty hand, answers to questions suddenly appearing in my mind, and most of all, a sudden and unexpected feeling of love. I once received an urgent message once to call someone, and he unexpectedly died the very next day.

I believe we are multi-dimensional beings who are much more than the individual lives we know of.  Since the source for everything is energy, and that time is just a perception that doesn’t really exist, it makes sense that our essence, the energy that comprises us, exists beyond what we can see and touch, including other time periods. It is fun to think about.

You are a meditation instructor and Ayurvedic consultant. Did you incorporate any of the knowledge you’ve learned from these fields into The Light of Grace?

Absolutely! The knowledge I’ve gained from these practices colors the whole of my life and my perception of the world. I was actually surprised how much I was automatically classifying my characters by their reactions and behaviors as the story unfolded. I didn’t plan it.

Once you learn the basics of Ayurveda, and learn the different mind/body types, it becomes intuitive; you know why people respond the way they do. And having a regular meditation practice enhances your ability to empathize and understand the inner workings of the mind. The two characters that do meditate, Alistair and Arnina, exemplify experiences one can have meditating. Arnina is haphazard in her practice and it shows. Being a meditation teacher, I know how common this is. Alistair displays how regular practice enhances awareness and wellbeing.

Besides the above occupations, you are a financial advisor. Do you integrate your spiritual knowledge into your financial profession? How?

On the cusp of adulthood I lost my father, who had been a successful businessman. I was naturally inclined to be an artistic, right-brained dreamer, a spiritual seeker, but when he died, I decided I had to complete his path to regain the success he had lost in his last years. I always enjoyed the clarity of numbers, even though I was terrible at algebra! 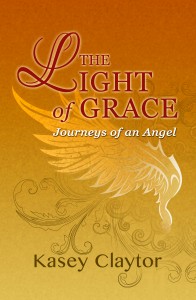 When my children grew older and I decided to start work, I gravitated to the business world. This took all my focus, and my artistic activities and spirituality were sidelined as I entered a very left-brained, male dominated world. Ten years into my high-stress career as a stockbroker, I realized I needed to integrate my other side back into my life for my own wellbeing. I went back to the studies and the practices that brought a calm clarity to my mind and health to my body. It enhanced my business life, enabling me to make better choices for myself and my clients.

After becoming a meditation teacher, I organized my business into a new corporation that now provides a more ethical structure to offer my clientele. Everything changed, and ever since, it has been a rewarding mission to become fully integrated in my work and personal life, so that my financial, personal, spiritual and physical wellbeing is my priority. It is a lifetime process.

You believe in the power to grow and that we can all find our “true self.” What advice do you have for people who have trouble seeking wellbeing?

First, realize that your wellbeing already exists under the cacophony of your busy lives. By slowing down and learning to listen to the quiet messages from your body, spirit and heart, you will be guided in the right direction.

To get started on the road to wellbeing, I suggest doing one thing at a time, with your full attention. Multi-tasking is not of any benefit—in fact, it creates more stress on the system, and the tasks won’t be your best work.