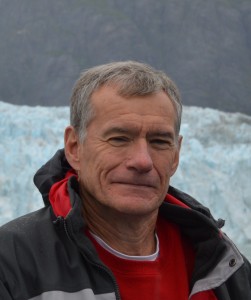 Transforming Faith by Fred Howard, uses the time tested strategy of storytelling to blaze an adventurous new path for spiritual growth and faith development. Utilizing tales from personal experience, ancient wisdom teachings, as well as popular culture, Howard cuts a wide swath through the provincial literalisms of conventional Christianity. He takes a decidedly different approach to faith development beginning with a section on the role imagination plays in spiritual growth. Here are a couple of selections from that section.

It seems the capacity to imagine is essential to religion. It might be a rather dangerous thing to say, but on some level human beings imagined religions into existence. Without imagination religion (as a human phenomenon) could not even exist.

When I speak of imagination in religion and spirituality, I’m not referring to imagination as “making stuff up.” I’m definitely not trying to belittle imagination or religion. I’m saying that religion is imaginative. Not imaginary. When the word “imaginary” is used, it’s usually meant to disparage. As one comedian said, “Religion. Who needs it? People fussing and fighting. Even going to war for the sake of their religion. People actually do that. Kill each other over who has the best imaginary friend.”

On the contrary the capacity to imagine might be a human being’s finest quality. It’s what puts us on the royal road to our deeper consciousness and our creativity. It allows us to transcend the mean, indifferent constraints of present reality. It’s what empowers us to envision a better world.

So when John Lennon sings, “Imagine there’s no heaven and no religion too,” it suddenly hits us like a full body slam. Why would we need to use our imaginations to envision a world without religion when religion would not exist for us in the first place if we had not imagined it into being at some earlier point in life? The lyrics themselves are straightforward, and there’s not a bit of irony in them. However, anyone who gives them more than a passing thought is confronted with the irony of ironies. We have a world full of religions and various notions of heaven. All are supposedly meant to bring about human fulfillment, joy, and peace. Yet the path to peace just might lie in the opposite direction.

This irony has obviously hit home with many people through the years. The truth in this irony suggests we consider the obvious. The world has tried religion, and it just isn’t working. Rather than fostering world peace, religions continue to give nearly daily justification for violence and war.

In medieval times the Grail story developed to breathe new life into the traditional church’s tired story of the crucifixion’s aftermath. Today the Grail quest has been endlessly appropriated to give credence to all sorts of new age ideas and mystical movements. This includes everything from Dan Brown’s theories of Mary Magdalene as the mother of Jesus’s child to the feminine spirituality of The Mists of Avalon to the raucous antics of Monty Python and the Holy Grail.

Perhaps you can also find yourself in the story. The world today is not so different than the one that prompted the bards of medieval England to compose these stories. Today’s religious landscape is just as barren. It is still populated by people who rely almost exclusively on tradition and literal scriptural interpretation to provide the authoritative source of meaning and purpose for their lives. This can be quite seductive for those who long for security and clear-cut answers to life’s ups and downs. Many take comfort and shelter in the pat answers and dogma that constitute institutional Christian faith. To have “the Bible says” at the ready whenever life’s injustices and uncertainties threaten to overwhelm certainly has its appeal. The day eventually comes, however, when the neatness of this approach no longer works. The whole system built on an unquestioned external authority comes crashing down. Eventually experience does not mesh with the interpretations offered through religious institutions, and disillusion is the inevitable result.

Contrast this with the examples of the courageous, noble souls of the Knights of the Round Table who quested alone and found meaning in the search itself. Their stories reveal the maturing of spirit that occurred as they quested after the elusive grail. The knights acted out of their own courage and their own authority, much like today’s progressive religious seekers who rely on the authority of reason and personal experience.

*************************
Rev. Dr. Fred Howard is a licensed physician as well as an ordained minister. He is a frequently sought after speaker in the area of mind-body medicine and the psychology of spiritual development. His book, Transforming Faith: Stories of Change from a Lifelong Spiritual Seeker, is available from Amazon.com and BN.com. A Kindle version is also available.