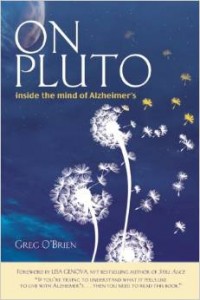 Hope, when it springs from faith, does not disappoint. The dictionary defines hope as desire with anticipation; scripture says hope is faith in a seed form. All of us need watering.

My watering is in nature, in the mystery and marvel of Cape Cod and the pastoral islands of Martha’s Vineyard and Nantucket. I remember as a young boy gazing out at the flats of Cape Cod Bay where the tide ebbs in places for almost a mile; it was as if someone had pulled a plug. I wondered where all the water went and why.

I was in equal awe of the graceful herring gull skimming the surface of the sea in search of another meal, and ever amazed at the force of waves as they broke in steady rhythm, a soothing cadence, on the lip of the Great Outer Beach. I remember catching hermit crabs by the pail and watching in bewilderment as jellyfish slipped through the cracks between my fingers. Why did the crabs pinch and the jellyfish ooze, I pondered?

Like many of my young friends, I also wondered about such basic questions of life on the sea: do fish sleep, why do the tides run on a clock, and what makes the ocean often sparkle at night in bioluminescence?

As I grew older, the questions became more probing. I remember the first night I sat on a sand dune in the highlands of Wellfleet on the Outer Cape, and looked up at a clear, moonless sky, a stark black canvas having been flecked with a million specs of light. The sight was exhilarating, yet made me feel so small. Years later, I began wrestling with the 5Ws of an almighty presence: the who, what, where, when, why and how? I had been spoon fed the answers in Catholic school at the hands of the Baltimore Catechism; had been “Master of Ceremonies,” a high calling in the altar boy choir, even considered the priesthood, or an evangelical outreach, and at that time, fundamentally, questioned: is God real?

So I reached out one night at the expanse of the universe, those flecks of light, on the bluff high above the ocean. I felt foolish, puerile at first. Then I realized I wasn’t alone. As I looked deep into the Milky Way, I began to understand all this didn’t just happen by chance. There was a perfect order to it beyond what the brightest of us could ever imagine. It is difficult to describe in a word picture, but I found myself in conversation with God, as Father to son. No judgments upon me, no fear, just a compelling peace. I returned to the bluff several times that summer to pose my questions, my doubts, and my purpose in life. I left without all the answers, but with the everlasting conviction that an all-loving Supreme Being was watching over me. Those nights gave me great purpose as a young man. I found God in nature. I had reached out and the Lord reached back. My hope turned to faith.

But faith—the substance of things hoped for, the evidence of things not seen—is consistently challenged in wrack line of life. Faith is not proof of a problem-free life; it is testimony to persevering in a race with the finish line in Shamayim, the place of Heaven.

However, there are hazards along the way in this world of free. For me, on a health front. I watched from a front row seat as my maternal grandfather and my mother succumb to Alzheimer’s, a demon of a disease. Now it’s coming for me. A few years ago, I was diagnosed with early onset Alzheimer’s and prostate cancer, an affliction of my father. Yes, I’ve raised my fist at God, several times, but have learned from my days on the bluff to keep reaching out against all odds. Scripture says it best, 2 Timothy 4:7: “I have fought a good fight, I have finished [my] course, I have kept the faith.”

That faith was recently called sharply into question as the daily disconnects of Alzheimer’s continue exponentially. Alone in my office about a year ago, when my brain froze up, I began screaming at God in four-letter words, as detailed in my book, On Pluto: Inside the Mind of Alzheimer’s.

“You don’t give a (expletive) about me,” I yelled.

“Where the hell are you? I thought you’re supposed to be here for me! I’m trying to work with you…”

Moments later, realizing I had to meet with someone, I rushed out to my Jeep, only to find the back left tire as flat as a spatula.

“You just don’t give a (expletive) about me, Lord!”

I limped in the car about three miles down winding country roads to Brewster Mobil, in a Tourette’s of swears the entire way.

“Got a problem,” I told the attendant abruptly. “Fix it.”

The sympathetic attendant, a kid who had graduated from high school years earlier with one of my sons, said dutifully that he’d patch the tire right away—working his pliers to pull out the obstruction that had sent me into chaos. He returned in short order.

“You might want to look at this,” he told me.

I stared intently at the culprit with astonishment. I couldn’t believe what I saw.

“Believe it,” he said

It was a small, narrow piece of scrap medal, bent into a cross.

Hope is faith in a seed form.

Greg O’Brien’s memoir, ON PLUTO: Inside the Mind of Alzheimer’s (Codfish Press; September 2014; $15.99) is written with faith and humor, and provides Baby Boomers a window into a possible future. He is also the subject of the short film, “A Place Called Pluto,” directed by award-winning filmmaker Steve James. In 2009, he was diagnosed with Early Onset Alzheimer’s. His maternal grandfather and his mother died of the disease. O’Brien also carries a marker gene for Alzheimer’s. You can follow him on Twitter, www.twitter.com/OnPlutoOB, his website, www.onpluto.org, or on Facebook, www.facebook.com/GregOBrien.Author.OnPluto