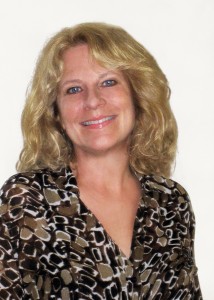 Below is a Q&A with Vicki Matthews, author of The Goddess Letters

1. What inspired you to write The Goddess Letters?

My primary inspiration for The Goddess Letters was a desire to help change the world.  I feel the reason we find ourselves dancing so close to the dangerous edge of lost sustainability is that we are missing a dynamic balance our world used to possess.  I wanted to share this idea in a way that people would want to read, and was greatly influenced by the success of The Di Vinci Code.  I think if you entertain and educate, you have the possibility of reaching more people than you would by writing a purely educational book.

2. The storyline for The Goddess Letters centers on a Chicago economics professor, Rob Harris, and a Hollywood actress, Selena Wilmington, whose dreams of ancient rituals and forgotten knowledge haunt them both. How did you choose the professions of the two characters and are they based on people you know?

Much of the beginning of the book is autobiographical.  I used my husband and myself as the starting point.  Then, since we are told to write about what we know, I kept Robert in academia and economics (my husband’s interests) and placed Selena in acting because, while I’ve never been a serious actress, my father worked in Hollywood so I am familiar with that world.  After that, it was just a matter of presenting my characters with the elements of the plot and letting them weave their stories.

3. How would you describe the themes outlined in the book?

We are out of balance as a world and a people, and I think this puts us on the brink of real disaster at so many levels.  All of our dominant cultures are patriarchies where, by definition, the masculine has a disproportionate share of the power.  All of our main religions have a male god at their head, too.  It didn’t used to be that way, but we have moved away from the balancing aspect of the feminine principle.  That is what I hope people will come to see as they read The Goddess Letters.

4. The Goddess Letters is about matriarchal vs. patriarchal societies as a cause of imbalance in the world. Yet the story is told by a male main character, Rob Harris. How did you determine which of the two main characters, Rob or Selena, would tell the story?

I decided to use the Rob to tell the story because I thought his reality would be the easiest to access for the reader.  Rob is a male in a patriarchal culture.  Selena is different not only in the “other-worldly” experiences she has, but also in the fact that she is a powerful woman in a patriarchy.  Rob provided the access point of the story, and Selena provides the movement and motive behind the story arc.  I thought that would be a winning combination.

5. Can you describe some of the research you did when you were writing this book? 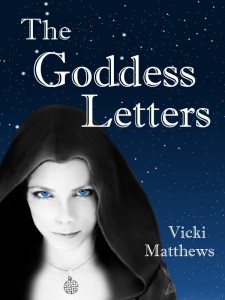 Even though this is a novel, all of the facts presented as part of the story are true.  I used over 100 nonfiction books in writing my novel, and they are listed on The Goddess Letters website.  There’s a whole lot of truth in this work of fiction.  I wanted the book to be compelling and eye opening.  I hope it is.

6. Are you working on another novel? If so, what can you tell us about it?

Where the edge of today intertwines with forever, there are tales of a place called the Weave.  Seamlessly bound to our world, but not of it, this is where the Weavewalkers plan the cultural shift necessary to keep Earth from destruction.  No surprisingly, it will involve an infusion of more matriarchal ways onto our planet.  The success or failure of the plan rests squarely on a young girl who has been brought to the Weave for one purpose: to travel the Weaver’s Web and change a pattern that unraveled 30 years before she was born.