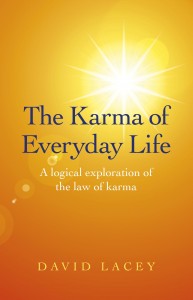 In November 1994 newspapers carried a report about an Iraqi terrorist called Khay Rahnajet, who didn’t pay enough postage on a letter bomb he had made. It came back with ‘Return to Sender’ stamped on it. Forgetting it was the bomb, he opened it and was instantly killed.

To many folk, this is a classic example of karma. We pay for our bad deeds; we are blown up by bombs of our own making.

There is no need of human intervention, no need of judgement or a court; nature somehow ensures that we get what we deserve.

We each post letters to ourselves, both good and bad. They bounce around the universe and somehow end up back on our own doorstep.

Karma is an eastern word that has now entered the western lexicon. It is a vast, subtle and all-encompassing concept. It affects us all; it is one of the prime influences on our life’s journey. Most people are familiar with the idea yet, paradoxically, few understand it.

But in a sense this is true of many areas of human understanding. We in fact know very little, despite our certainties and our intellectual bravado. We have taken but a spoonful from a vast mountain of knowledge. Fortunately our understanding of the natural world is increasing all the time. It seems to come to us in fits and starts. The graph of knowledge versus time appears to be a series of irregular steps rather than a smooth upward curve. A new idea is born, followed by a period of reflection, confirmation and assimilation. Each step is constructed from small mosaics, discrete bits of information that combine to form a whole. As each piece is added a larger picture begins to emerge.

An example of this is what quantum scientists call ‘The Standard Model.’ It is a hypothesis, an abstract theory which describes the way elementary particles behave and how the fundamental forces of nature affect those particles. The standard model is not yet fully proven, but slowly, over decades, it is being verified one step at a time, using mathematics and experimentation.

It has intrigued physicists for over a century, and at the time of writing they are searching for a particle known as the Higgs Boson, which will provide one of the final and most significant pieces of the picture. The Standard Model will no longer be a theory; it will be a truth.

This seems to be how science works. This is how knowledge evolves. A new idea, a flash of imagination somewhere deep inside a scientist’s brain, opens the door to a new way of looking at the natural world. Other scientists learn about it, they discuss it and eventually somebody sets about verifying it. The verification process takes place in steps. A picture begins to take shape over years, decades, even centuries, as scientists fill in the remaining gaps.

Another example of this step-by-step approach is the periodic table, which lists in rows and columns all of the chemical elements. It was first proposed by George Mendeleev in 1867, though his table had more gaps in it than elements. But it proved to be an accurate predictor of what might later be found.

Chemists looked at the patterns and were able to deduce the existence of elements long before they were actually discovered.

Over many decades experiments confirmed their reality, and so the hypothesis was confirmed.

Science seems to be a sort of cosmic paint-by-numbers game; the more we work at it the clearer the overall picture becomes. We start with a belief, develop a theory and then gradually fill in the blanks. On the way to completion our confidence in the truth of the theory increases, step by step.

Is there such a thing as a Standard Model for the spiritual side of life, of karma, of what some call the perennial philosophy? We have lots of disparate beliefs – which often seem at odds with each other – but is there a model that we can, step-by-step, verify and confirm, so that even though the verification will remain incomplete we can refer to it with ever increasing confidence?

If there is a standard model perhaps it would read something like this: We each find ourselves here on earth, vulnerable and maybe a little perplexed, and conscious of the short and brutish nature of life. We struggle for our allotted three score years and ten and then we die. But a part of us continues. We find ourselves in a different realm, a realm where thoughts predominate. The life we have just left and the way we lived it affects the situation in which we now find ourselves, a heaven or a hell that we have created for ourselves. We soon discover that the nature of this new existence is determined by the quality of our thoughts: if we are full of love then that is what we experience but if we give out hate then nature gives us that experience too.

We eventually return to this world in another body, with our circumstances largely determined by our desires, our thoughts, our karma. Gradually, over many such lifetimes, we begin to realise that there is a developmental process going on. We become slightly wiser with each lifetime and begin to recognise patterns. Our compassion grows and our values develop. We see that we are in a sort of cosmic game of snakes and ladders where we can, through our own behaviour and choices, make progress towards happiness and fulfilment. But we can also make mistakes and slide back to a lower level.

Over dozens, maybe hundreds, of these learning experiences that we call life we develop higher values and a greater understanding.

Eventually we become what some call ‘enlightened’ and we can, so the theory goes, choose to leave this earthly coil and pursue our spiritual growth in a different way, a way that may be beyond our current vision.

This is not a standard model that everyone would agree with, though it would in fact find a lot of common ground with Vedanta and Theosophy, and with eastern religions such as Hinduism, Taoism and Buddhism.

There are numerous belief systems in the world, but that is all they are, beliefs, dogma. Belief may be defined as the act of holding something to be true despite an absence of evidence. It can be a starting point for a theory, but it must then move on to something more tangible if it is to have value as knowledge. If a belief does not lead to investigation and evidence-seeking it eventually stagnates, a process that prevents debate and dampens curiosity. It only has value as an emotional comforter.

This can breed the arrogant certainty of dogmatism which, as history tells us, can so easily lead to tragedy on a massive scale.

The seeker of knowledge is one who attempts to go beyond belief, beyond dogma, towards understanding, verification and ultimately truth.

So can this standard model of spirituality lend itself to investigation?

Can these beliefs be verified, and so become a body of knowledge that we can have confidence in. Can we fill in some of the blank spaces in our standard model, so that we can be sure that we are travelling in the right direction?

So many spiritual books simply state beliefs as if they are facts, whereas upon investigation they prove to only have the veracity of speculation or wishful thinking. They are like poetry: enjoyable and perhaps comforting to read but in fact only able to offer a temporary solace. The shelves in many bookshops are laden with volumes about spiritual issues, some of them sensible, some of them strange and some of them quite bizarre. When I read any of these books I often ask myself: how does the author know this? Why does he or she expect me to accept this point of view? Where does this certainty come from? Such books will assert that there is a life after death, that there is a phenomenon known as karma, and we will be asked to take the author’s word for it. No proof is offered. Thus these concepts remain beliefs and do not mature into knowledge.

This is not enough for many of us. We are not innocent villagers in a primitive society, easily won over by the enthusiastic rantings of a witchdoctor. We need an informed viewpoint, one in which we can trust. If we are to value spiritual ideas we must have confidence that they are sensible and honest. We each have doubts and scepticism, so why should we accept an idea if we are not offered evidence to support it? 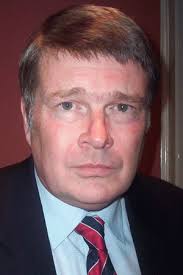 We have largely left behind the age of superstition and ignorance. We see the shortcomings of ideas that rely on blind faith, dogma or fear. We look instead for concepts that are tangible, that can be verified empirically, that have some basis in reason and logic.

And sometimes we find those ideas.