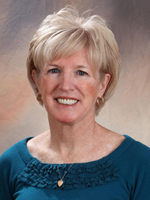 The following post is a Q&A with Geri Scazzero, author of “The Emotionally Healthy Woman.”

Q. What inspired you to write The Emotionally Healthy Woman?

A. It wasn’t so much a “what” as a “who.” I would never have written the book without my husband, Pete. He’s the writer in our family, and, after I began to articulate the eight “I Quits” that are the basis of the book, he was the one who said I had a book in me. The Emotionally Healthy Woman reflects our effort as a team from beginning to end. It reflects what we both discovered on this missing aspect of spiritual formation. In addition, I have been blessed with a wonderful extended family who has given me a tremendous legacy for which I am eternally grateful. Without that legacy, I never would have had what it takes to quit living a life that was damaging to my soul.

Q. Speaking of quitting, you actually walked into your husband’s office and announced that you were quitting the church that he pastored! That must have taken amazing strength and determination. How did you ever summon the courage to take such a bold and unconventional step?

A. It was certainly no small decision and it didn’t happen overnight. I had been making feeble attempts to get him to pay attention to what was going on with me for years. I wanted him to see how tired I was and how frustrated. Eventually, I reached the bottom and arrived at that place where I was so miserable I didn’t care what anyone else thought of me. I just wanted out. There is an old saying that a person who has nothing left to lose becomes the most powerful person on earth. I had become that person.

Q. The subtitle of your book is Eight Things You Have to Quit to Change Your Life. Could you give us a brief glimpse of what those eight things are?

A. Certainly. Quit being afraid of what others think. Quit lying to yourself and others. Quit dying to the wrong things. Quit denying anger, sadness and fear. Quit blaming. Quit overfunctioning. Quit faulty thinking. And, lastly, quit living someone else’s life. Virginia Satir once observed that most of us live inhuman lives because we try to live by unhuman rules. The purpose of these eight “Quits” is to allow us to drop those unhuman rules and start living by God’s real rules, not the ones we’ve mistakingly assumed He wants us to live, not by, but up to. By quitting these eight practices, we open the door to allow God in so that He can begin doing a mighty work in our lives.

Q. One of the quits you mention is the need to quit lying. Christians don’t normally think of themselves as liars. Could you elaborate a little on what you mean by that? 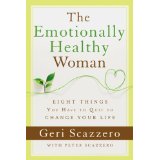 Here’s an example of what I mean: A neighbor asks you to take care of their dog while they go on vacation. You hate the dog because it barks all the time and keeps you up at night and the last thing you want to do is tend to its needs. But helping your neighbor is the “Christian thing to do,” so you plant a fake smile on your face and say, “Of course. We’d love to.” You’ve just lied and, in all likelihood, it never once registered in your mind that you were lying, or, if it did, you considered it a “little white lie” and thereby legitimized it. But the truth is that God’s beautiful plan has always been for us to live in truth. Jesus said, “If you hold to my teaching, you are really my disciples, then you will know the truth and the truth will set you free.” The degree to which we become willing to live in truth becomes the degree to which we live in freedom. It really is simple. And, for most of us, that first step means we have to stop lying to ourselves. I warn you, though, in the beginning, when you quit the lying, it will feel like death, but it’s the good kind of death because it leads to resurrection and life. When you quit lying, it will ignite your spirituality, remove false layers and reveal the true self God has planted within you. By God’s grace you will become one of the freest people on earth.