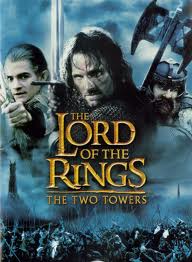 This article is a guest post written by Jim Boer.

J.R.R. Tolkien’s classic book trilogy the Lord of the Rings has been debated for decades now. While some might consider it classic, most serious literary scholars would consider it only popular literature. Still, as spiritual seekers, whether or not Tolkien will stand among the giants of Falkner, Hemingway, or Dickens is not that relevant. The LOTR is a rich topic of introspection and reflection as we consider the genres, cultures, and time periods that it covers. We cannot say for certain if the LOTR is a work of a Christian meant to portray Christian values, a display of a mix of pagan and Christian values by a man deeply steeped in the traditional lore of Germany and Scandinavia, or if the author meant to tell any moral tales whatsoever. What we do know is that we can learn about our own spiritual leanings through a careful examination of the books.

Peter Jackson’s film renditions from the early 2000’s have made the material new again. Many You Tube videos using material from the films, and huge amounts of other incorporated material, references, etc. have been made. Everything from The Simpsons, to American Dad, and insurance commercials have made references to the LOTR after the Jackson films. We know that the material is a huge success as a money making venture for Jackson, and that it has been incorporated into mainstream culture, but do we know that because of its popularity, that the moral messages it is supposed to portray are accepted by the audiences that watch the films and read the books?

“The media”, in the form of news, movies, books, video games, and the like have on average, according to statistics have injected increasingly negative behaviour and ideas over the past few decades. The amounts of sex, violence, and depictions of other “bad” behaviour presented in various media have risen drastically in the past two generations, so where does the LOTR fit into this scenario? Does it offer a different position of media, or is it just another type of entertainment? I think the LOTR offers an alternative to the idea that all movies are about guns and girls, drugs and dummies. Humans must have some sort of basic morality, otherwise the material would not be as popular as it is. If we look at most film today, clearly there are baselines of what people perceive as good and bad.

So is Tolkien offering us some sort of new popular culture Bible to live by, a new path of righteousness or the like? Most likely not. The books clearly show the ancient conflict between good and evil that good concurs evil, and that throughout life we must face many ethical trials that test our true characters. The Lord of the Rings shows us in its popularity that people are for the most part, good, or at least if they are not fundamentally good, they know what “goodness” is and believe it makes for a great story, if not one of the best stories of the 20th century. The ethical dilemmas of Frodo, Golum, and others are real ones that face individuals, governments, and corporations today. The road of life, like the journey to destroy The One Ring is a complex one filled with trouble, friends, enemies, and constant ethical trials. There are many opportunities for the spirt-seeker to see what his or her own perception of duty to society, inner conflicts of good- and evil, and sacrifice are through the LOTR. While the LOTR has huge entertainment values, that have been exploited in the past decade, the spiritual core of a man who believed in good basic food, a nice pipe of tobacco, and more likely than not the importance of “doing the right thing” remains true to the core of the LOTR, and I believe all of us who seek the spiritual.

This is a guest post written by Jim Boer. Jim Boer has studied world religions since 1980, and has studied Taoism and Buddhism extensively since 1990. He attended a seminary high school, made a temporary ordination as a Theravada Buddhist monk in 2003, and has taught meditation and spiritual practice since 2007. His blog is at www.jimboer.wordpress.com, and his book A Collection of Tales, a mix of Old West, historical fiction, and Buddhism is available at Amazon and https://createspace.com/3595625.