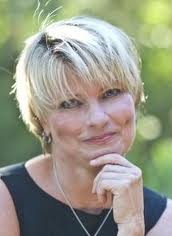 Quickly first: I have studied physics, bio-energetics, wisdom traditions and depth psychology my whole adult life. Inquiry has been (and is) my portal on the path of “re-membering”. In observing myself over the course of maturing, as well as observing others who have come to work with me later in life as my own depth has matured, I have watched this play out:

There are indeed universal laws of mystical Truths (lets call them “the Secret”). They are not actually “secret” so much as they are continually misused though misunderstanding and spiritual immaturity. That’s why religions and belief systems, that are molded from a founding wisdom of those who have entered Truth, become so contorted and misguided.

Whenever we strive to “take, have, control, manipulate” universal laws and “use them” in order to “get, have, own”….then we are still operating (if you really look at it) from fear, from superstition, and from an ego-centric need. All belief systems are fear—self—separate needs to try and control vs. open to Life.

It is a tricky business, the truth of energy, intention and co-creative power. It’s been secret not because it is a secret but because it takes a certain depth and fluidity with paradox to not be actually a dangerous mis-service in the immature hands of one who is still on the wheel of self seeking, needing, desiring.

Outwardly this “secret” seems like it is empowering and of service to people to help them manifest great things. But underneath (unless the person has a
deep reaching conscious awareness) it insidiously can breed greater belief systems (always counter to true universal law which is steeped in paradox and fluidity).

I found the movie “The Secret” to be a very sad misuse of universal principles that seem like they are of service to “the masses”, but really only prepare the unprepared to want more and to use it to bolster up their props of “getting, having, controlling” vs. the deeper call of Life to open into the Divine Mystery by shedding fear and the beliefs it engenders…and thereby come to be true co -creative partners in the miraculous dance of the Lover and the Beloved.

Deepak Chopra, for example, walks this difficult line quite brilliantly. He knows how to appeal to the mass mind of desire and yet not use the tool
there …but rather transform the person’s seeing to the higher meaning where this secret has a far different meaning. 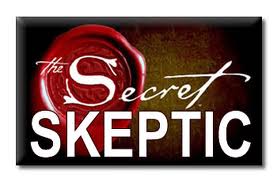 The real secret of universal law is that it calls us to actually shed all of our fear-control-selves to find our true power that rests in a much deeper pool of listening and stillness from which “spontaneous right action”
(thanks Deepak) occurs. Always the paradox is the deeper truth. Those not ready to see this, can only use a tool to try and bolster the mind-self need. Wrong direction by a subtle mis-take.

So I consider the movie “The Secret” a disservice to those seeking. It actually leads the unprepared farther away from true universal truth via a positionality that promises self-fulfillment.

Most bluntly, I’m afraid I found the movie “The Secret” to be a poorly conceived and irresponsibly delivered hype geared to take advantage of the $-bandwagon of selling the “millionaire secrets” and used to further bolster a cultural appetite for using what can’t be used. It lacks integrity on both the deepest and most common meaning of that word.

This article is a guest post by Ronda LaRue. Author/Teacher Ronda LaRue, offers a radically healing, transformational, non-denominational, and deeply self-responsible spiritual approach to being fully alive and inspired in every day living. Rated one of top 10 Spiritual Retreats in the world for living breakthrough, http://www.CenterForSoulArts.com