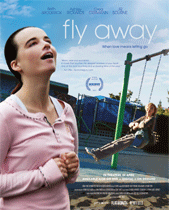 A powerful film directed by Emmy Award winner Janet Grillo (Autism: The Musical) FLY AWAY narrates the story of Jeanne and her autistic teenage daughter, Mandy. Jeanne has cared for Mandy since the day she was born, growing closer every day to a child who is charmingly offbeat one moment and nearly impossible to manage the next. In the dog park, Jeanne encounters Tom, an easygoing and accepting neighbor who sparks a romantic interest, but she finds juggling Mandy’s care and her own career leaves little room for a new man. As the pressures of work and her child’s needs increase, she must decide whether or not to enroll Mandy in a therapeutic residential facility. Over the course of a few weeks, Jeanne is confronted with the most difficult decision a parent can make: to let go, allowing her child to grow, but also grow apart; or to hold on tight and fall together.

Fly Away is the type of movie that makes you feel better about being alive because it shows the kindness and goodness that we are capable of even in the midst of the most trying situations. As I watched it, I was also deeply touched by how the movie honors the humanity and innate spirit of the autistic daughter and shows that the mother and daughter’s loving and very real bond transcends the difficulties that autism can create between two people. 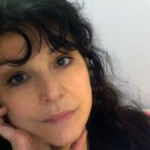 Matthew: Why did you make Fly Away?

Janet: I wrote and directed a short film about a single mother of a son with mild autism getting through the day. As I toured film festivals with it over the course of a year, many parents of kids on the Spectrum saw it and invariably asked if I was going to make it into a feature. I started to understand they were asking PLEASE make this into a feature. To share our experience. There is a fundamental human need to be validated, heard and seen through storytelling. I knew I was the one who COULD tell this story, and came to feel I had a responsibility to; those who can, must.

Also, I needed to validate myself as a mother, person and filmmaker through this project. FLY AWAY is the only fiction feature film about parenting a child on the spectrum of autism to be written/directed by the parent of a child on the spectrum. Although my own son is very mildly impacted (and after over a decade of intense intervention is emerging out of the diagnosis), I chose to depict a teenager with severe autism.

First of all, that level of the range of autism has never been dramatized in films or tv. Until now, Hollywood has depicted mild autism or Aspergers. But according to the CDC, more people with autism in US are moderately to severely impaired. These are the people for whom autism is a disability, preventing them from functioning independently. They will need full time care through the course of their adult lives, after their families and caregivers have passed. What will happen to the 800,000 people with currently diagnosed with autism when they age out of school systems but can not live on their own? It’s a tsunami wave of need. If we don’t share the dimensions of that need with our society, how can we expect them to meet it? To advocate and support our population?

FLY AWAY dramatizes the day to day life of those who live with the challenges of autism in an unflinching, unsentimental way. We tell the truth in hopes that moving hearts will move minds will move money! And provoke compassionate, committed support and acceptance for all people on the spectrum, and those who live with, care for and love them.

Fly Away Trailer from Fly Away on Vimeo.

Matthew: What sort of response have you received?

Janet: We have had an overwhelmingly positive embrace from both critics and the autism community. We were very fortunate to have all the major journals review us: NY TIMES, LA TIMES, HUFFINGTON POST, NEW YORK OBSERVER, etc.. And gave us wonderful praise, including suggesting Academy Award Nominations, which was a kick! But more importantly, other parents have rallied around FLY AWAY, expressing gratitude for and identification with the film.

With hope, FLY AWAY is providing a service for our community, and in some way building community. We have also been embraced by people whose lives are not touched by autism; they relate to the film as an authentic and engaging drama of the human heart. As a film on its own terms. Which is very gratifying to me as a filmmaker.

Matthew: Is there anything else you would like our readers to know about you or Fly Away?

Janet: Although FLY AWAY is an intense journey, it is not a downer! Critics have called it:

Ultimately, FLY AWAY is a love story. Between a parent and a child. It’s about what love calls us to, and how we rise to the occasion because the heart is infinitely large and flexible. So the film is, likewise, filled with love, fun and joy. As well as struggle. It ends on a note of hope. In other words, audiences don’t have to be afraid of watching it! It will NOT bum you out!

For more information on how you can watch Fly Away please click here.