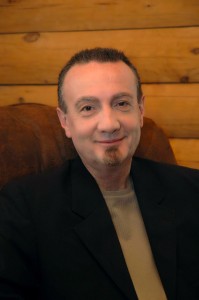 This is a guest post written by Gerry Gavin…

A few months back I read an article in the newspaper that said that the Associated Press had just released a poll stating that almost 78% of Americans believed in Angels. More then 3 out of 4 people surveyed! That was an amazing statistic to me, since it seemed like such a personal thing – admitting your belief in something so clearly supernatural. But even more amazing was that the article went on to say that the findings were consistent with a poll from a previous year that said that over 50% of those surveyed felt that they had experienced some form of angelic contact or intervention. Essentially this means that one half of the people in the United States, have personally, had their lives touched by angels.

I am one of those 50% that have personally been touched. I guess I shouldn’t have been surprised when it happened. From the time that I was a young boy I was always fascinated with Angels. I would marvel at their stained glass depictions in my local church, loved the stories of guardian angels and movies like “It’s a Wonderful Life” about angels “earning” their wings. To this day, the only foreign language words that I remember – as if I learned them yesterday – are the words to a Swiss prayer that my mother taught me when I was two or three. They translate, “angel, angel, make me holy so I can be with you in heaven.”

As I grew older the interest was always there, but like most adults, my life got busy and focusing on practical things that were going on in this world, became much more important then wondering about angels. I still loved the newer movies and TV shows that focused on them, and for some reason I always felt this connection to them. If you asked me if I believed in angels, or guardian angels, I would have said yes. My faith was without evidence – but for some reason I felt it in my heart. However, the thought of ever communicating with them, other then talking at them in a prayer, was a pretty crazy concept to me…until that one day when it finally happened!

It started in 1990, when I moved in with a friend who had just bought a new house. It seemed like a great way to help each other with the bills. The house was big, beautiful, airy and one more thing that we hadn’t expected – IT WAS HAUNTED!

I am not speaking about a haunting like Casper the friendly ghost. I am talking about a haunting like you see in the movies. Doors opening and closing by themselves, unseen voices and breathing in your bed at night; visual apparitions and more! Now let me begin by saying that, although I believed in angels, I was not a big believer in ghosts. I was a card carrying skeptic. But as the experiences continued, and even amped up – coupled with the fact that my friend was also seeing and hearing things – I had a choice to accept that either we were both going crazy, or that something was going on here. What made it worse was that we couldn’t just leave, since our spiritual guests were part of a brand new 30 year mortgage. We had to find out what this was, and more importantly, how to get rid of it. I didn’t realize that this was going to be the beginning of a spiritual journey. It did bring me to people who would teach us the things to do to clear the house of our unwanted spiritual guests, but it also led me to meet one teacher after another, who would share with me ancient methods of communicating with the spirit world and eventually into direct communication with angels. 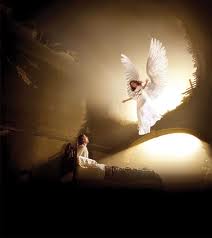 For those of you that may read this, in the same skeptical manner that I would have done prior to 1990, I totally understand your doubt. I can understand you wondering what makes this guy so special that angels would speak to him – and the truth is that you are right. There isn’t something that is uniquely special to me…in fact, we can all speak to angels…and what is even more amazing is that we can all learn to hear them speaking to us as well!

I found that out a few years after we had regained control of our haunted house. I was going through a very difficult personal period in my life and I needed some guidance. I couldn’t ask for it from friends or family. I needed it from someone who could offer their advice without judging me if I didn’t take it – someone who would be able to look at my situation objectively and who had the benefit of being wiser then me, and maybe even someone who had access to the “bigger picture.” I was looking for someone like the angels I had seen in movies and on TV, so in my desperation I called out to any angel that would listen, and promised that I would find a way to speak to them, if only he or she would tell me its name! I closed my eyes, not really expecting anything to happen and then before my eyes there appeared a pure white screen and in bold, black letters the word “MARGARET” spelled itself out. I opened my eyes, shocked both by what just occurred, and I guess I was expecting a grander styled angel name. But each time I closed my eyes the name came back, over and over and in every style and font imaginable. It was clear I had gotten my name. Now it was up to me to figure out how to “tune in” to my new friend.

That day began what has now been over twenty years of communication with Margaret through a process called “automatic writing.” As strange as it may sound, I write a letter to her…asking questions for which I, or others, may need guidance – and then just let her answers flow. It has worked every time and over the years the requests have grown and I have done these letters, also called “angel readings” for hundreds of people and taught almost as many how to speak directly to their own angels. The method of others learning this communication is done through a workshop called Angels & Shamans.

The fact is that everyone has their own personal angel, or even multiple angels, that are available to assist them, and we all know this deep own inside This is why you will find references to angels in almost every worldwide religion. They have made themselves known to every culture and belief system and to all of them they have carried forth one resounding and constant message…”fear not!” Somewhere, at our roots we remember them. We remember that they love us; we remember that they help us; and most importantly, at some of the most trying times of our lives, we know that it is their energy that comforts us.

Throughout the later part of 2010 and most of 2011, I had the privilege to channel a book of messages from the angel Margaret, who describes herself as not only my guardian, but also as an angel whose “primary purpose” is that of amplifying communication between our worlds. In the book Messages from Margaret…for the year 2012 and Beyond, Margaret describes the connection between our souls and angels as being rooted in our very DNA. She states that it was the angels who assisted the Creator in creating our souls and that all of us have a direct DNA strand to our angelic counterpart and, through them, directly to the Creator. Our knowledge of both is part of our primal nature…we just know it…it is a part of our core being.

As humans, we have evolved so far from our primal nature, through socialization, that sometimes its hard to sense that there is any part of us that has a basic instinct or understanding. But we all seek out our basic human needs…we seek love, we seek passion, we seek companionship, we seek fellowship, we seek others of like mind and we look for a deeper meaning as to why we are here. Some of us will find this in our family; others in our relationships; some in our religion; and in multiple other possible choices.

But for over three quarters of us (and that just may be the ones who admitted it), there is a deep knowing that somewhere out there, something is watching over us, loving us, and guiding us. And for over half of us, our lives have been forever changed and touched because of our belief in angels. It is a part of our inherent belief – it is a part of our DNA – our very nature -our soul!

Gerry Gavin is an Angelic Communicator, Shamanic Healer and the author of Messages from Margaret, for the year 2012 and Beyond. Balboa Press 2012. www.gerrygavin.com