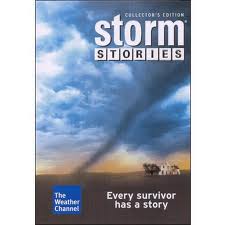 The miraculous is often discounted as luck, fortuitous, accidental or just the natural part of living. However, some events that take place defy statistical probability and their only rational explanation can come from the Divine or some Higher Power. For example, scientifically verified miracles have been documented by thorough investigations such as the long-term incorruptibility of the bodies of dead saints, religious stigmata and the many miracles at Lourdes.

Additionally, many survivors of natural disasters report a state of exquisite beauty, deep surrender and peace that often precede heroic rescues. Storm Stories is a documentary on television’s the Weather Channel that shows these first-person accounts among survivors of major disasters such as a hurricane, avalanche, flood or tornado. The show also often has footage of the actual disaster along with the heroic rescues. Nearly all the survivors on the show report that they prayed deeply. Some were even lifted up by a tornado into a state of Stillness and Infinite Peace. Thus, it appears the miraculous favors those who are in state of deep faith or surrender.