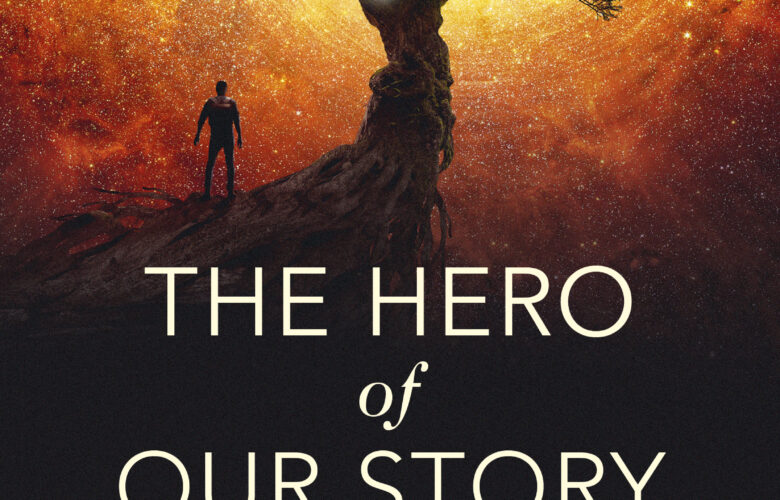 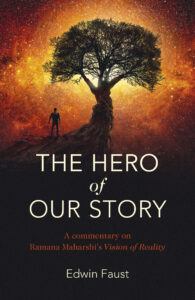 THE HERO OF OUR STORY:

THE LONGING FOR LOVE

The Hero of Our Story is an appreciation of the Hindu vision of reality as expressed in what is called advaita Vedanta, or more simply, non-dualism. It has become the way in which an increasing number of people view their experience. What role it may assume in the reshaping of Western culture as the older narratives of religion and philosophy lose their hold on the popular imagination remains to be seen. I believe it will prove to be an inn along the road rather than a final resting place for those seeking a spiritual home, but its value will not be lost on that account.

I wrote this brief commentary on non-dualism using Ramana Maharshi’s succinct verses in his “Vision of Reality” (Sat Darshanam). It seemed to me then, as it does now, that the work answered a growing need for a clear and concise exposition of one the great formulations of thought about the ultimate questions: who are we, how did we come to be, and what are we to do with this life we have been given. The work was not undertaken by one who considered himself especially enlightened but by one who had spent much of his life working with words, as a reporter, columnist, essayist and editor. Much of the easily readable information available on non-dualistic teaching is not the product of deliberate literary composition, but rather the collation of transcriptions from talks by gurus with significant followings. As helpful as these publications may be, writing and speaking are different media and one is not readily translatable into the other. The sort of nuance and emphasis found in oral teaching can only be fully experienced by those who are present when it is being delivered. It loses much of its animation and effect in transcription. But a written work takes upon itself the burden of incorporating in its phrasing the meaning and force that a live teacher conveys by his personality. A written work is thus freed from time and circumstance and may become a more enduring vehicle for presenting ideas that can only be understood properly through repeated reference and contemplation. “The Hero of Our Story” was intended from the start to be read, not heard

I chose Ramana Maharshi’s verse because, despite its brevity, it is a complete encapsulation of essential Vedanta. But it cannot be read with comprehension without the aid of commentary, except by one who is already well-versed in the Upanishads and the works of classical pundits such as Shankaracharya. Many Westerners approaching Eastern spirituality lack this background, yet they are drawn to the figure of Ramana and plunge into his condensed expression of non-dualism wholly unprepared to understand it. They are likely to fasten on an intelligible phrase here and there and try to build from these fragments the sort of coherent understanding that can only be had by a prolonged immersion in the ancient texts and their unfolding by competent teachers. I had spent several years studying Vedanta before I read Ramana’s verse, which enabled me to see his words as resonating the immemorial tradition of the religious culture he inhabited and personified. Ironically, the image of Ramana as a saint has come to obscure his actual teaching.

I was not a devotee of Ramana. I had never made a pilgrimage to his ashram in Tiruvannamalai nor circumambulated the sacred mount of Arunachala. Many Westerners have done so and many continue to make the trek to southern India in the hope of becoming enlightened through physical proximity to the place in which Ramana once lived. Books have also appeared which are collections of his sayings, carefully arranged under various headings. They are easy to read and one can get a certain emotional uplift from them, but they are hardly a substitute for a sustained study of Vedanta and its foundational texts. Without such study, all that can be gained from Ramana worship is a feeling of being in touch with something elevated but mysterious, and such feeling, lacking roots in comprehension, will likely prove to be ultimately superficial and transient.

Ramana, nevertheless, remains an entry point for many Westerners who find their way to Eastern thought. Since his death in 1950, his fame has increased and his post-mortem followers far exceed those he had in his lifetime. There are now several teachers in the West who claim descent from Ramana, usually through H.L. Poonja, known as Papaji, a disciple of Ramana who gathered a Western following before his death in 1997. Ramana, however, founded no lineage and commissioned no one to teach in his name. These facts, however, are unlikely to discourage those who wish to establish their credentials through some connection to him. And many seekers want a guru whom they believe can infuse wisdom through some magical means.

It was my intention in writing “The Hero of Our Story” to present Ramana’s teaching in light of the heritage of Vedanta, and by doing so, to dispel the naive notion among many Westerners that “enlightenment” can be bestowed through the talk or the touch of one who claims to be a conduit of a higher power. Teachers willing to assume the mantle of the grace-filled guru are never lacking as there is an ever-present supply of aspirants eager for instant nirvana.

But the vogue of Ramana testifies to something in our nature that Vedanta cannot satisfy. We want not simply to know the truth, but to love a person.

Vedanta is a system of metaphysical propositions. Few devotees of nondualism have delved very deeply into its texts and its reasonings. They are attracted instead by its exotic nature and its apparent lack of moral strictures. If all is one, there is no sinner and no one sinned against; no God, no Heaven, no Hell. It is seen as the desideratum of John Lennon’s “Imagine” song, yet it also promises a state of bliss after the shedding of individual identity. But few realize that Vedanta, as taught by Ramana, is traditionally the end of a long path of preparation, which includes a rigorous observance of ethical norms and asceticism. Most people are not interested in these aspects of non-dualism. They want bliss on quick and easy terms. And they want someone to give it to them: Ramana or one claiming some power derived from him. And they want to love their teacher, as some people want to love God the Father or Jesus Christ. And through this love, they think they will find the way to salvation or enlightenment or whatever name they may give to ultimate happiness.

The Hero of Our Story offers in clean and concise prose the basic structure of non-dualism as it has come down to us from its ancient sources. It is intended for serious seekers who are willing to examine their assumptions and to let go of false hopes and mistaken notions. But Vedanta can only be a starting point, not a terminus. It may help to remove many attachments that keep us trapped in our superficial personality with all of its attendant miseries, but in the end, we will still want love, and we can only love another. We cannot rest alone in our so-called liberated Self, however that may be conceived, nor in the veneration of Ramana, who was but a man, not a god. Vedanta cannot satisfy our need to love and be loved, nor help us to transcend that need, regardless of the extravagant claims of some of its advocates, of which I was one. I regret having proselytized in this book, but at the time, I was expressing my enthusiasm for what I found to be a great good which I wanted to share. It is my hope that those who find their way to The Hero of Our Story will take it for what it is worth and go on to find the ultimate love they are seeking.

When we know who we truly are, rather than who we take ourselves to be, we will realize that we are indeed the hero of our story and that we need not look to others or the world to find our heart’s desire.

The Hero of Our Story is intended to be a simple and accessible entry point for those interested in Ramana and the teachings of Vedanta — one of the six schools of Hindu philosophy. A commentary on Ramana’s Sat Darshanam, each of the 42 verses from the text is presented and followed by commentary and discussion by the author.

THE HERO OF OUR STORY: A commentary on Ramana Maharshi’s “Vision of Reality” By Edwin Faust is available from www.mantra-books.com and from wherever books are sold.