Life and Death Matters Film Festival is a film festival that explores matters of life and death through film.

They believe that media can positively inspire us to question the way we live and the way we die. Their films question paradigms in a way that also leaves audiences with a sense of HOPE. The LADmatters Film Festival features films on the physical and spiritual challenges we face while highlighting the courage and triumph of the human spirit.

Beyond their provocative and entertaining films, what makes their film festival unique is the community events, educational presentations, seminars and interactive workshops available around the festival.  They screen films that will open your hearts and minds.

The 2011 Festival dates are September 1 – September 4. They are currently accepting film submissions and soliciting for sponsorship for their 2011 festival. For more information, visit http://www.ladmatters.com/

SOUL SURFER is the inspiring true story of teen surfer Bethany Hamilton, who lost her arm in a shark attack and courageously overcame all odds to become a champion again, through the love of her family, her sheer determination and unwavering faith. The film features an all-star cast, including AnnaSophia Robb and Helen Hunt, with Carrie Underwood in her film debut, and Dennis Quaid. It is currently playing in theaters across the country. 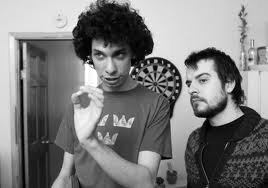 Luke Matheny is a Brooklyn-based filmmaker, writer, actor and professor. His short film “God of Love” — a comedy about a lounge-singing darts champion who receives a package of love-inducing darts — is nominated for a 2011 Academy Award, and is featured in this month’s Spiritual Cinema Circle volume.

Join Spiritual Cinema Circle for their first-ever exclusive filmmaker chat with Luke on Wednesday, February 16 at 4 p.m. MST. Get your questions ready and RSVP! Live chat will take place at http://www.spiritualcinemacircle.com/live