Below is a Q&A with JD Messinger, author of 11 Days in May: The Conversation That Will Change Your Life

1. You are a former fireman, nuclear submarine officer, and Asian CEO of the largest IT and Management Consulting firm in the world (Ernst & Young Consulting, Singapore), but yet 11 Days in May is a conversation with God. How did this book come about?

In January of 2000, I broke my neck and I left my body and observed it collapse from a distance. I went through a tunnel and when I came back, I began to experience a series of unexplained phenomena-I saw angels, talked in languages I didn’t know, and saw visions of future events-the kind of events that made me think I was crazy. One of those mysteries is what I call “writing on the wall,” or W.O.W. I just see writing that scrolls across a white wall. Twelve years later in May of 2012, the W.O.W. happened and I wrote for eleven straight days. I had no idea I was writing a book. There was no conscious intention or plan. I would ask a question and get an answer-not all of which I liked by the way-and I typed it. When I was done my wife asked me what I had been doing. I said I think I wrote a book. She asked me, “What’s it about?” to which I replied, “I don’t know. I haven’t read it yet.”

2. During your near-death, did you experience a bright, white light? And did you feel safe on “the other side?” Where you at peace? “Why do you think you “came back”?

It was amazing and beautiful! The tunnel was a blue with white scintillating lights and it was like being in a water park, twisting and turning through the slide. Then I went through a gateway that was like a series of locks that twisted open. I was totally at peace with no mind, body, pain, suffering or worries. All I felt was just a presence. It’s very difficult for any words to describe this feeling. It is something that has to be experienced. Why did I come back? Well, theory #1 is that I was a reject on other side; perhaps I was too short, you know, like a small fish. Seriously, I have unfinished business; it was something my soul agreed to experience as a part of my life purpose.

3. Does is take a near-death experience to begin a true transformation? How can those who have not experienced what you did begin to change their lives for the better?

I don’t think it takes an NDE, but I do believe that a majority of people have had an NDE and they either don’t share or remember it. I don’t believe that children or people living a heart centered life need a shock. However, when we become trapped in the matrix of our mind, living to work and getting attached to materialism and pleasing the senses, I do believe it takes a shock for most people to wake up and remember who they are and why they are here. Those shocks come in the form of illness, divorce, mid-life crisis, bankruptcy or losing a job or loved one. The simplest way to avoid the shock is to listen to your heart and soul. Detach, give yourself a break, step away by taking a walk, spend an afternoon alone at the ocean and examine how you feel. Unfortunately, so many people are out of touch with their feelings that they no longer know how to do this. This is particularly problematic with middle aged and mature men.

4. What do you want readers to take away from 11 Days in May?

Unlike many other authors or spiritual teachers, I am not talking about the what’s so-the phenomenon-rather the so what, the meaning behind it. The major take away is that we live in a universe that is not a duality between physical and non-physical, but rather a non-duality of energy that is light, living in physical form. Many interviewers have suggested that because of who I am and what I have done, I am giving people permission to come out. I think they nailed it! I would love for them to realize that death is not the end and we don’t have a soul, we are a soul, and we live many lives. 11 Days in May is a guide to help readers discover their truth and purpose for being here. It is helping them remove all the faulty, outdated and limited beliefs that keep each of us trapped in a world of suffering. When the corporate, political and social leaders in America have their coming out party, there will be a tremendous healing and a huge evolutionary shift in problem solving.

5. Is what we are experiencing here on Earth just an illusion?

In the macro sense, yes, because what most people experience most of the time is not a complete picture of reality. Literally, their picture is only 1 percent of the energy spectrum that we call visible light, and we don’t even see the light, we see the reflection of the light. Most people have convinced themselves that this is all there is, but if you stop and think about it for just a moment and ask yourself, can you see your emails flying around? Can you see the TV waves, love, anger, or fear? Of course not, but they most certainly are a very important part of reality. I would argue that ideas and feelings are the single most important aspect to reality but they cannot be seen. So in this sense, reality is an illusion to most people and this illusion of the reflection of light perpetuates more illusions on death, time, matter, purpose, and our true nature. In a micro sense no it is not an illusion because what we see is of course very real, we do exist in this body and this body does decay and pain is a very real causality. 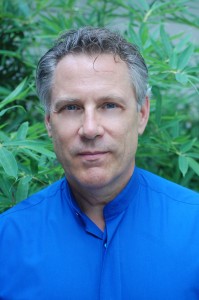 ******
JD Messinger is the author of 11 DAYS IN MAY: The Conversation That Will Change Your Life (Waterfront Digital Press), the story of a spiritual transformation that started after a second near-death experience. The book reveals Messinger’s journey into his moral center and the insights generated for business, politics and life. Among the revelations he shares is how our inner Spiritual Warrior can lead us to a deep understanding of our true inner selves, which will enhance and promote inspired leadership and true corporate transformation. In dialogue with an unseen being he explores some of the deepest questions mankind has asked throughout human history, including: Who am I, Why am I here, What is a Thought, What are Intentions, What is Matter, Time, Love, War, Sex, Death and Souls.

Former CEO of Ernst & Young Consulting, Singapore and one of 37 Distinguished Graduates from the United States Naval Academy, Messinger is also is a former nuclear submarine officer; a television and radio show creator, producer and host; and the Exxon executive who helped supervise the Valdez oil spill cleanup.

Countless thought leaders, executives and individuals from all walks of life say the same thing about Messinger: he is an amazing and unique individual who weaves together experiences from more than 30 years and four careers.