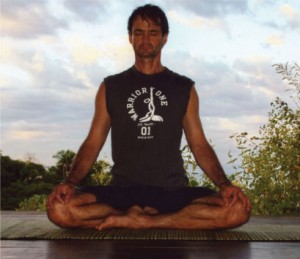 , a book that offers sixty-seven model sequences of yoga poses (asanas) that cover the broad range of yoga student experience, including multiple sequences for beginning, intermediate, and advanced students; yoga for kids, teens, women across the life cycle, and seniors; classes to relieve depression and anxiety; and sequences for each of the major chakras and ayurvedic constitutions. Below is a Q&A with Mark…

1. With over 20 million practicing it, Yoga is one of the top 20 most common programs at fitness centers. Why is it so popular?

2. People do Yoga not only for exercise but also for spiritual growth. Why?

Yoga goes far beyond physical exercise allowing a more direct and intimate connection with ourselves, which helps us gain a sense of awe at life itself. A beautiful aspect of yoga is it does not discriminate by religion or belief system: anyone can do yoga, and yoga can be part of any larger spiritual value system or faith or religion…or not!

3. Your book is different than other Yoga books because it focuses on sequencing. What can a Yoga student learn from your book that they might not learn from their Yoga teacher?

Sequencing matters hugely. Yoga can wreck your body if you don’t have a good understanding of how your body works.  I address how yoga can best fit in with our anatomy, biomechanics, and kinesiology.  I also show yoga students and yoga teachers how to create classes that make sense for them, not some generic yoga scene.

4. There are popular yoga sequences that you describe as risky or dangerous. Why?

Many yoga teacher training programs and yoga styles do not educate their teachers to be able to intelligently create classes, opting instead to train them to teach to a class template. As a result there are thousands of yoga teachers out there who are not informed by how the body works and more specifically how different bodies work or don’t work so well.

5. Your book has chapters on kids, women and seniors but not specifically on men. Why?

Primarily because the changes to and conditions of men throughout life pale compared to those of kids, women and seniors in general. The two areas where we can offer unique yoga classes for men would focus on anger management and prostate issues.

6. Many top yoga teachers are called “guru” or “yoga master.” Is that an issue?

Since there is nothing to master in yoga, how can there be a yoga master?! Yoga is an unending process of self-exploration, self-understanding, and self-transformation. We never come to a point on the path and say “I’ve arrived. I’m a master.”

7. You were awarded Yoga Journal’s first Annual Karma Yoga Award for founding Yoga Inside Foundation. What gave you the idea to start Yoga programs in alternative settings such as schools, hospitals and prisons? 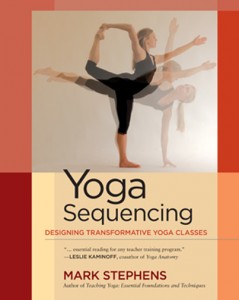 I had worked for many years with disadvantaged and incarcerated youth, including a project in which we worked with the Dalai Lama to bring six Tibetan monks from Dharmasala to teach these kids meditation. The setting where we saw the most amazing things happened was in a high security juvenile prison camp in L.A. County.

After working with the monks, the daily incidents of violence practically disappeared among these repeat violent offenders, hard core gang members, and all in for seriously violent crimes including murder and rape.

When the project ended and monks returned to India we went back in but with yoga. We were soon invited to replicate the program in all 41 juvenile institutions in L.A. County, including with kids in mental health lock down facilities. Next we were called by the L.A. Unified School District, then the New York public school system, and soon we were in over 300 locations in 42 states and Canada.