This article is a guest post about the inspiring effect of Cirque du Soleil written by Kamelia Sojlevska, author of Quantum Woman – Celestial Man 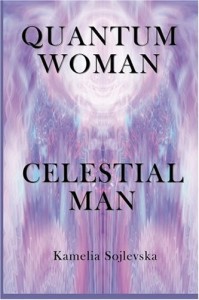 When I was getting ready to write something that deeply inspires me, I was thinking why some ideas inspire some people. I noticed that people are not inspired by the same idea, subject or a story. Something that moves me doesn’t mean that will move the other and opposite. I understood that what moves us all is some internal lack of something, some deep urge for certain emotion that we recognize in the action of other, feeling or experience. So I decided to write about my experience when I first saw the performance of Cirque du Soleil. I want to let you know that I live in Macedonia and here news, world art, movies etc come very late. So I’ve never heard of Cirque du Soleil. And then, that early morning in Los Angeles I saw their performance on TV. And I was stunned. If some spiritual leaders talk about coming to present time that’s what happened to me. I came to the present time in a part of second. I was all there at that moment. I saw all their performances that were on TV that morning, and I was more than 8 hours in front of the screen.

Hope you will understand me that I can’t write about some precise performance that inspired me most, because they all are inspirational and fascinating. They communicate with the highest level of esthetic deeply embedded in all of us, and it is easy to be recognized…that urge is inside of every human being on this planet. That morning I said goodbye to all the preconceptions of human possibilities.

First what I heard was the music. The unique, universal language of music they perfected to the highs that communicates through the channels of the spirit not only soothing the senses.

The costumes were the work of art and imagination that challenge the freedom in creation in everyone of us. They are the perfection of the design and realization. The expressed the power of freedom in movement and performance yet didn’t dominate to the whole picture.

Make up…oh…such a creation and imagination. When I was looking at their faces on the screen I couldn’t believe that somebody can invent so perfect fantasy and a story with the art of make- up. It was art in highest performance.

The scene was totally different in every single act. The design was pure imagination of a human mind that communicates with every single person in the audience. It wakes up the challenge for perfection, for creation and yet is so simple.

Every single story was a challenge, from the title, from the beginning to the end. Every story had a message that was leading the audience to highs of human possibilities and Faith in humanity and togetherness. The performances gave us history, passing of time, social changes that follow it, connection with the universe. It was touching the feeling inside that we all want the same thing, to be happy as a whole, to live life to the fullest possibilities, that the Earth is our home, and what we give we will receive back, no one will be safe if we do not save ourselves. That’s why the titles on every performance are so universal.

Finally… how they perform? It is Extraordinary, sensual and breathtaking experience. Their acts full with unbelievable energy are changing the inner believes of gravitation, possibilities and power of a body, freedom and beauty of movements and artistry. They are on the edge of human possibilities and potential. The dancers, performers, show that everything is possible and achievable, that what have in our imaginations we can have in our realities. And they make it with such an ease full with esthetic and grace in their bodily movements. There is no a single mistake. Their performance is the state of mind. It is magic in action.

One can only imagine how many rehearsals are inside of every movement, how much support from the others in their community, how much belief and faith in each other, how much work so they can give us such and quality and value that touches our hearts and at last how much togetherness. With them you should be ready to arouse your senses and imagination. With every performance you celebrate the art in every kind. The limitations and inhibitions seize to exist.

After watching and enjoying their performances I started reading about their history. I learned that they started on a street, Guy Laliberte and some of his friends. But they had a dream, and dream is everything if you believe in it.

Their performance inspired me to write a libretto that can fit their excellence. They inspired me to believe in myself and to learn how to make it possible to live my life the way I deeply desire. Did I succeed…NO. I am far from it, but at least I know the feeling that everything is possible. I have a secret desire that my work one day will inspire others like I was inspired that morning in Los Angeles.

This article is a guest post written by Kamelia Sojlevska. Kamelia Sojlevska is a Macedonian published author, documentary scriptwriter and director and TV host for Macedonian national TV, and University lecturer. Her book Quantum Woman–Celestial Man explores the issues relating to love, identity and belief, and Kamelia’s electrifying book gathers a range of characters around the concept of a journey with potentially wide-reaching implications. You can purchase Quantum Woman–Celestial Man on Amazon by clicking here

or watch the video trailer for Quantum Woman–Celestial Man below for more information.